At many National Hockey League games in Canada, members of the Canadian Forces are introduced. Far from turning their faces away, as in the song about wounded Australian soldiers returning from the First World War, fans rise for a standing ovation.

Such a reaction would have been unlikely before Canada's mission in Afghanistan, in which 158 Canadian soldiers and a diplomat died and many more were physically or mentally injured. If Canada's involvement in that faraway place accomplished anything, it was to reconnect the Forces and the general public.

It is one thing for soldiers to be deployed in peacekeeping; it is another for them to fight and die and be wounded. Yes, there are dangers in peacekeeping and special skills are required, but death does not stalk such missions each day. Sacrifice and danger brought the military a respect it had been lacking, which is what the military men who bought into the Afghan mission were hoping would happen. They were right in these domestic hopes, but largely wrong in their Afghan ones.

The last Canadian soldiers returned from Afghanistan this week, after training Afghan soldiers these past three years. We would have left entirely three years ago had the Americans not lobbied Prime Minister Stephen Harper to keep some soldiers there, even in a non-combat mission. Like many in this country, Mr. Harper believed that Canada had done its part, and that Afghanistan had become a sinkhole for Canadian lives and money.

It is easier, of course, to be wise after the fact than before it. But it would have been helpful if, before the Afghan mission began, Canada and other members of the North Atlantic Treaty Organization had known more about the country, its history, its warring ethnicities, its dangers and its impossibilities. Today, we are wiser after the fact, which is how things usually evolve in war. As Otto von Bismarck once observed, never enter a war without knowing the end game. In the Afghanistan case, NATO never understood its end game.

Preventing the Taliban from regaining control of the country was one end game, and this has been successful – so far. It was disconcerting, therefore, to read this week the testimony of General Joseph Dunford, the U.S. commander in Afghanistan. He told the Senate foreign-relations committee in Washington that without a core of Western troops, chances are high that significant parts of the country will fall back under Taliban control.

If U.S. forces depart entirely later this year, he said, "The deterioration of the Afghan forces begins to happen fairly quickly in 2015. Units would run out of fuel, pay systems would not be completely operable, spare parts would not be available for vehicles, and so we'd start to see decreased readiness in the Afghan security forces."

The general's testimony was part of the debate in Washington over whether to pull all forces out of Afghanistan or leave an international force of 8,000 to 12,000 soldiers, largely Americans. U.S. President Barack Obama is so frustrated with Afghan President Hamid Karzai that he has threatened a premature pullout.

Were the Taliban to return, they would be found first in the south, in the Pashtun areas where Canada's troops were stationed. While in Kandahar province, the Canadians were able to stabilize portions of territory, but they could not change the mores of the people. Nor could they overcome facts on the ground that favoured the adversary, notably the Pakistani-Afghan border, which Taliban fighters could cross freely in order to rest or regroup. Nor could the Canadians (or any of the internationals) eradicate Afghanistan's principal industry, the poppy crop for opium, whose revenues fuelled the insurgency.

Someday, a compendious history of Canada's mission in Afghanistan will be written. It will begin with the realpolitik of Canada having taken a pass on the war in Iraq and therefore feeling it had no choice but to step up in Afghanistan. It will pass through the preparatory stages of cheerleading by generals and their journalistic cheerleaders. It will detail the fighting, the hunkering down and the long, slow departure from disappointment abroad to victory at home. 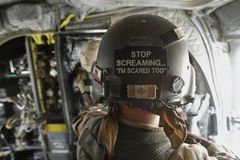 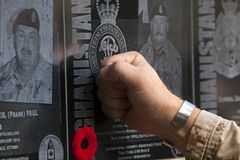