When Canadian troops were surrounded by insurgents in a desolate part of southern Afghanistan known as Ghorak district in 2007, trapped in the stony desert under a relentless sun, their lives depended on supplies dropped by parachute from transport planes.

Today the situation is even more desperate in Ghorak. The war has grown in ferocity since the departure of Canadian combat troops in 2011. American helicopters stopped bringing medical relief last year. Shipments of food and bullets are no longer drifting out of the sky from the hatches of Canadian CC-130 Hercules aircraft.

Afghan forces are holding the district by themselves, so far, but Taliban roadblocks are causing food shortages. Ghorak's defenders recently started to eat boiled grass.

It's the same story in many other rural areas: Afghan police and soldiers are keeping the insurgency at bay, but they need more support from the international community.

That's the conclusion of International Crisis Group's new report, Afghanistan's Insurgency after the Transition. Based on case studies of four provinces – Faryab, Kunar, Paktia and Kandahar – it analyzes the directions of the conflict since the Afghan National Security Forces (ANSF) formally took responsibility for security from NATO in mid-2013.

Insurgents have failed to capture major towns and cities, and a few areas have even experienced more peace and stability in the absence of international troops.

Still, the overall trend as foreign troops withdraw is escalating insurgent attacks, with a continued rise in violence expected in 2014 and 2015.

Kandahar, the focus of Canada's mission, remained the country's most dangerous province in 2013. The worsening trend continued into 2014, with 20 per cent more attacks in the province during the first three months of the year as compared with the same period 12 months earlier, according to one Western analysis.

The news is not entirely bad from Kandahar: Afghan security forces have firm control of the provincial capital and the urban neighbourhoods are enjoying declines in violence for the first time in a decade.

Still, across the country, the job of fighting insurgents weighs more heavily than ever on Afghanistan's security forces. In 2013, for the first time, the insurgents inflicted almost as many casualties on government forces as they suffered themselves – which is among several indicators that in some places the sides are nearly matched in strength.

Canada's own troops returned home safely this spring. Their bravery in Afghanistan was commemorated on May 9 with a parade, two minutes of silence, and other honours. The Canadian government is encouraging schoolchildren to make dog tags from laminated cardboard to remember the 158 Canadian soldiers killed in the conflict.

Perhaps the best way, though, for Canada and other donors to respect the sacrifices of their soldiers would be to help the Afghan government survive after their departure.

Current plans for international support of the ANSF are insufficient. Donors must go beyond the annual commitment of $3.6-billion (U.S.) made at the Chicago 2012 summit and provide funding for maintenance of an ANSF personnel roster approximately equal to its current size, until stability improves in Afghanistan.

The Afghan government also needs international assistance with logistics, air support, intelligence and other technical aspects of security operations sometimes known as "enablers." There is, for example, a pressing need for more helicopters and armoured vehicles. Currently, Afghan police and soldiers, far from urban centres, die of minor injuries while they wait for scarce helicopters or armoured convoys to transfer them to medical facilities.

Some of the responsibility for the Afghan government's future belongs to the new leadership in Kabul. Afghanistan will get a freshly elected president this summer, and he must sign the necessary agreements to keep a small number of American and other NATO forces in the country. The Afghan government must also take urgent steps to reduce casualties among Afghan forces, and strengthen anti-corruption measures to ensure that security personnel receive salaries, ammunition, fuel and other basic requirements.

But the fledgling Afghan state does not have the ability to pay for its own security forces, and countries such as Canada have an obligation to continue funding the unfinished war.

Such immediate action on military issues will buy time for Afghanistan and its donors to resolve issues that will be decisive for the country's long-term stability, including ethnic and social grievances, political inclusiveness, economic concerns, unemployment and weak rule of law.

Extensive work remains to be done on strengthening the rule of law and shoring up the state's political legitimacy. Eventually, a post-election, post-transition government would have better prospects for reviving peace talks. The insurgents, for their part, may also be willing to talk seriously after testing the state's military strength – once international forces have left – and finding it resolute.

That will not happen while the Taliban continue to believe they are winning, which is why remote places such as Ghorak still have the same political significance they held when Canadians were battling to defend them.

"The Taliban want to capture all of Afghanistan," a former district official told us. "But they're starting with small places like Ghorak."

Canada can still make a big difference in those small places, which will play a significant role in the country our troops are leaving behind.

Louise Arbour, a former UN High Commissioner for Human Rights and former justice of the Supreme Court of Canada, is CEO of the International Crisis Group. Graeme Smith is a senior analyst for the International Crisis Group, based in Kabul. He is a former Globe and Mail foreign correspondent, who reported extensively on Afghanistan. He tweets @smithkabul 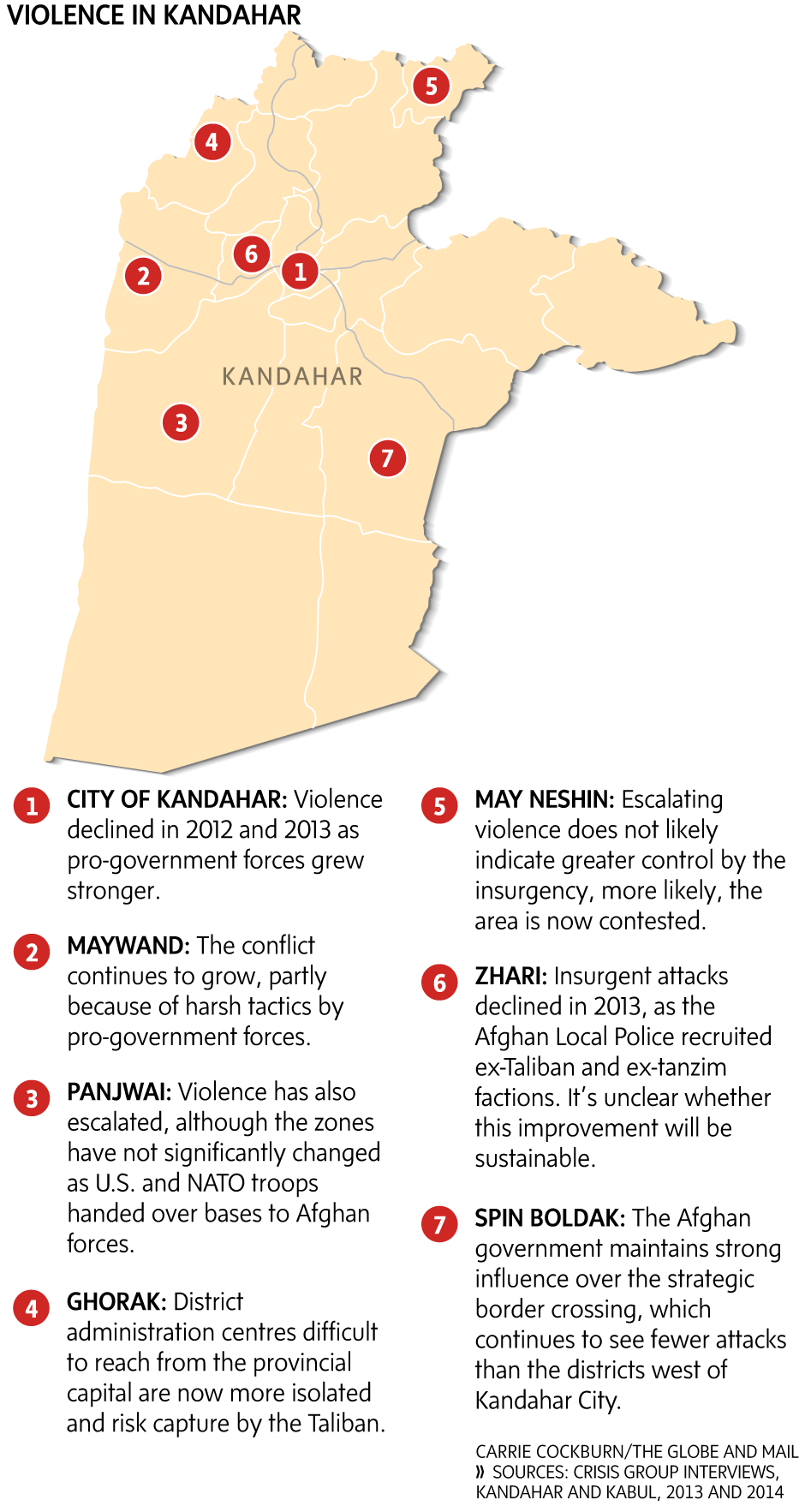 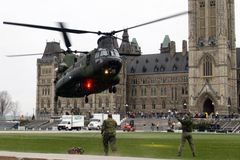 Flag to go from Harper to G-G after veterans group expresses concern
May 9, 2014 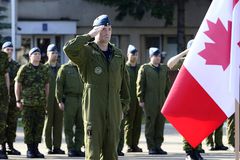 Harper greets military families as units set to get battle honours
May 9, 2014 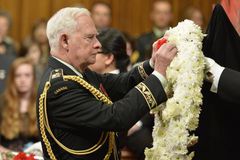 Flag from Afghanistan war should go to Johnston, not Harper, says Legion president
May 8, 2014 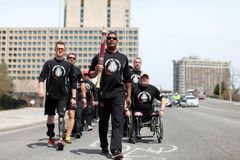