For years, activist lawyers and legal academics have searched for a way in which to hold corporations who have a head office in one country, but who operate in other countries, often through subsidiaries, accountable for illegal acts in the host nation.

Victims were often bounced from country to country in an attempt to find a hearing. And at the end of the day, after years of legal wrangling and time wasted in courts, many settlements came about at the last minute. The agony of "forum shopping" may have produced some settlements but rarely was there a finding of guilt, or a sense of justice.

On Monday, Ontario Superior Court Justice Carole Brown ruled that claims for rapes and murder in Guatemala against Canadian mining company HudBay Minerals can proceed to trial in Canada. This precedent-setting decision puts Canadian companies on notice that they will have to be much more vigilant about their actions overseas.

Hudbay, like other corporations before, had argued in court that court that corporate head offices could not be held responsible for harms at their subsidiaries but the judge disagreed, saying that the claims could not be dismissed.

Murray Klippenstein, the Toronto lawyer for the 13 plaintiffs who accuse HudBay of murder and gang-rape stated "There will now be a trial regarding the abuses committed in Guatemala, and this trial will be in a courtroom in Canada a few blocks from HudBay's headquarters…we would never tolerate these abuses in Canada, and Canadian companies should not be able to take advantage of broken-down or extremely weak legal systems in other countries to get away with them there."

Judicial decisions often act as markers, sometimes nudging society along to change systems and values in order to ideally reflect a search for justice. Sadly, our global world today still denies justice to many of the most vulnerable, making a mockery of our global system of corporate law.

Illegal acts can involve child labour and unsafe working conditions, as we saw in the terrible Rana Plaza tragedy in Bangladesh. Illegal acts can involve beatings, rape and murder to citizens of poorly governed countries, committed by security forces (often hired by mining companies). These illegals acts can involve environmental degradation and loss of jobs. One has only to think of BP's initial and pathetic attempt to cast the Deepwater Horizon spill as a small problem. Aside from violence, these acts can also involve bribery and fraud. Canadians were ashamed and embarrassed to discover that one of our corporate jewels, SNC-Lavalin, was allegedly participating in such a way in Libya.

Stymied by questions of extra territoriality and deference to the sovereignty of a state, not to mention the existence of complicated shell companies which prevents "piercing the corporate veil," courts also struggled to find the appropriate venue for victims of these egregious crimes. If a company has a head office in Vancouver, which is carrying out a mining business in Nigeria but contracted out the security for the mine from a Dutch company, and allegations of human rights are made in Nigeria, where should the trial be held?

In all of the legal battles and fights over decades, one voice has been very silent: The voice of corporate leadership, especially in Canada.

Sara Seck, an associate professor at Western University, also points out that it's not only management who should be concerned. Corporate directors should also be involved because this type of litigation and attention can directly impact the ability of any project to benefit investors, a point that is underscored in the new book Just Business by John Ruggie of the Kennedy School of Government at Harvard University.

Canadians are demanding more accountability, responsibility and transparency from our political institutions. Can we not expect the same values from our corporations? Are we ready for global prime time corporate leadership or will we just be silent partners?

The claims in the HudBay case have yet to be proved and the decision may be appealed, but a door that has been so firmly shut to so many victims has finally been opened in Canada. 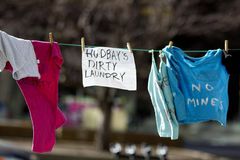 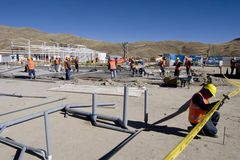 Not responsible for killing at Guatemalan mine, HudBay says
March 5, 2013 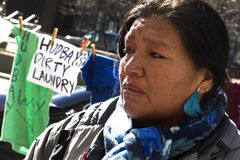 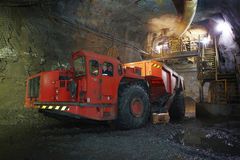