The credibility of Prime Minister Justin Trudeau's foreign policy has taken a serious hit just as he embarks on his first foray to world capitals.

The Paris terror attacks are seen by many as testament to the need for hard power when dealing with the Islamic State – this while the new Canadian Prime Minister has been preaching, and was elected on, a soft power Liberal line.

Mr. Trudeau has pledged to withdraw Canada's fighter jets from the U.S.-led mission against the Islamic State in Iraq and Syria. His plan instead is to increase humanitarian aid as well the number of Canadian soldiers training local forces like the Kurdish Peshmerga.

Former prime minister Stephen Harper frequently mocked this approach, saying at one campaign stop that "if your policy is humanitarian assistance without military support, all you're doing is dropping aid on dead people."

With 129 dead in Paris as a result of one of the worst terror outbreaks in decades, the pressure on Mr. Trudeau to change his position will now be enormous.

Canada's contribution to the air strike campaign is a small one that does not put our military personnel in grave danger. It was hardly a big ask from the Conservatives to have the opposition parties come on board, but neither Liberals nor the NDP did so.

The Paris attacks also serve to put in question the Liberal government's plan to quickly bring in 25,000 Syrian refugees. The Conservatives did not wish to go near that number in the short term, citing security concerns. Those concerns have just been dramatically heightened and if the Liberals push ahead with their plan, they are going to have a much harder time convincing the public that it is wise to move so quickly.

From the tone of comments posted on online news articles, public opinion is running strongly against the dovish Liberal plans. "Canada stands with the French people and is now in the process of gathering up all of our unicorns, rainbows and hugs to send to the French people," said one poster. "Just don't expect us to do anything, you know, like whip out our F18s or fight for our freedom." Another wrote: "Good to know the Trudeau government and unmuzzled scientists and first ministers will be heading to Paris at the end of the month to talk about climate change, sunshine and butterflies."

There were many calls for Mr. Harper, who may well be feeling a sense of vindication over what has happened, to return to the job.

An argument for Mr. Trudeau sticking to his pledges is that is that by a larger engagement against IS Canada becomes a higher priority target for its terror. The motive cited by one of the Paris terrorists was retaliation for the French government's actions against Muslims. There is also the legacy of the Iraq and Afghanistan wars. Neither are favourably viewed by Canadians.

Mr. Trudeau's position is particularly sensitive because he is a newcomer on the world stage. In the campaign there were questions about whether he had the foreign policy chops. He put some of those fears to rest with his performance at the Munk debate on foreign policy.

The Paris attacks took place on the very day the Trudeau government publicized its mandate letters for newly appointed cabinet members. For Defence Minister Harjit Sajjan there was little in the way of specifics, but the letter spelled out one top top priority – end Canada's combat mission in Iraq and Syria. Conservatives were quick to call for a debate and a vote in Parliament on the issue. That was hours before the Paris attacks.

A top adviser to Mr. Trudeau says his position on the airstrikes and the refugees will not change in view of the Paris bloodbath. But as the pressures ramp up, as they surely will, the new prime minister might indeed alter course. He won't want to be seen as a flip-flopper. But when circumstances change, leaders of statesmanlike quality need to show a readiness to change with them. With the terror from Islamic State escalating, and with France promising to expand the war against the terror network, circumstances have indeed changed. 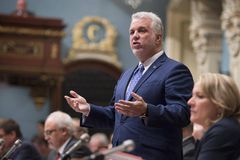 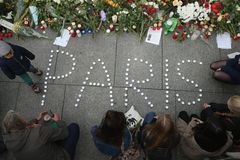 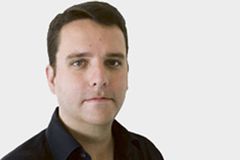 Paris awakens to a grim morning after night of horror
November 14, 2015 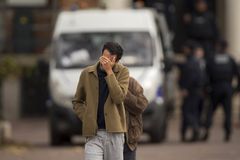 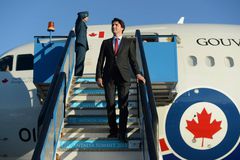 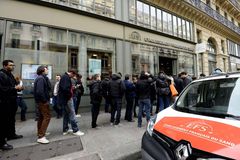