Many years ago, when I was a young management consultant based in Edmonton, I didn't believe that a few people at the top could substantially influence, for better or for worse, the ethics and character of a large organization with thousands of employees. But life and experience has since taught me otherwise.

Thus the most worrisome aspect of the recent revelations by Alberta's Auditor-General is the reports of serious ethical improprieties by former premier Alison Redford have contributed to lowering the ethical standards of the government and governing party as a whole, and in ways that will take nothing short of a major housecleaning to reverse.

Those reports of ethical improprieties include using government aircraft for personal and partisan use and under-reporting travel and other expenses incurred by herself and her entourage. But other allegations involving the former premier included offering a near-bribe to the Alberta Teacher's Association to secure the votes required to win the premiership in the first place and, as justice minister, awarding a billion-dollar lawsuit to the law firm of her ex-husband, who also served as her transition team leader.

If the people at the top of an organization like the Alberta government can get away with such practices, what's to stop others in the government or the party from crossing the ethical line as well? Hence a group of Progressive Conservative MLAs collected committee pay for a committee that never met; a PC MLA is accepted back into caucus after hiring prostitutes on a government-financed trip; the PC party accepts a campaign contribution of $430,000 organized by a single donor in violation of the spirit if not the letter of Alberta's election financing laws; government promises not to incur more provincial debt and to freeze the high salaries of bureaucrats are routinely broken; and exorbitant expenses and severance packages are awarded to and accepted by officials of Alberta Health Services while accessibility to Alberta health care continues to deteriorate.

In evaluating the suitability of individuals for political leadership many of us, myself included, tend to focus heavily – perhaps too heavily – on the ideological and policy positions of the candidate. Others focus on the abilities and experience of the candidate, or (as with some media pundits in evaluating Ms. Redford's qualifications for leading Alberta) on how well the candidate measures up to the arbitrary and transitory standards of "political correctness."

But as Prof. Stanley Renshon points out in his seminal work Psychological Assessment of Presidential Candidates, "character matters." Personal integrity and personal ethics are dimensions of character that ought to be given at least as much weight as policy, ideology, ability, and experience in selecting leaders whose conduct will set the standard for thousands of others in the organizations that they lead.

What the Alberta government needs to recover is the personal integrity and ethics that characterized Hubert Somerville, the junior civil servant hired in the Depression for $700 per year and the man in charge of authorizing drilling rights after the Leduc oil discovery in 1947. When offered large sums of money by oil men accustomed to paying off bureaucrats and regulators in Texas and Louisiana for such rights, Mr. Somerville simply said "No." To have accepted such offers was contrary to his ethics as a professional civil servant and he was determined to live by those ethics.

What the governing party in Alberta – whichever that may be in the future – needs to possess is the personal integrity and ethics that characterized Orvis Kennedy, the president and chief fundraiser of the governing political party in Alberta at the time of the Leduc discovery. When offered the same inducements as had been offered to Mr. Somerville, he went one step further. He assured the offerers that if they ever made such a proposal again, to himself or to any of his people, he would use his political influence to guarantee that that individual and company would never, ever get drilling rights in the province of Alberta. In Mr. Kennedy's case, his personal integrity and ethics were rooted in his Christian convictions – that he was morally accountable to God as well as his employer and the people of Alberta. And those ethics stood both him and the province in good stead under severe testing.

Finally, what members of the Alberta legislature – on both sides of the House – need to be reminded of is a basic principle hammered into the heads of his colleagues year after year by Ernest Manning, the province's longest-serving premier: "Those of us who make the rules, and those of us who administer the rules, had better keep the rules, or we lose our moral authority to govern." 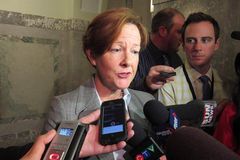 A look at some things Alberta auditor found in review of Redford's expenses
August 7, 2014 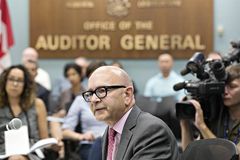 'Aura of power' to blame for Redford's expense abuses
August 7, 2014

A look at former Alberta premier Redford's troubles
August 7, 2014
Follow us on Twitter @globedebate Opens in a new window
Report an error Editorial code of conduct
Due to technical reasons, we have temporarily removed commenting from our articles. We hope to have this fixed soon. Thank you for your patience. If you are looking to give feedback on our new site, please send it along to feedback@globeandmail.com. If you want to write a letter to the editor, please forward to letters@globeandmail.com.
Comments