This piece is the continuation of a series in which Rudyard Griffiths, chair of the Munk Debates, a semi-annual public forum in Toronto, examines issues and trends just over the horizon with leading international thinkers and policy-makers.

Explain what you think the West has wrong about the Islamic State, both as a movement and a military opponent.

The biggest mistake has been not understanding that the Islamic State has launched a war within the Muslim world. This is not a war against the West in the way that we saw with 9/11 and al-Qaeda, where the priority was to bomb the United States or Europe. The priority of the Islamic State is to set up a caliphate across the Middle East. That means that the broader Muslim world should have a much greater responsibility in dealing with this crisis. This is not America's war as such. America has to be involved, obviously, providing military support, logistics, et cetera. But the Arab regimes, not the West, should be taking the lead.

Is there the capacity and consensus in the Arab world for an Arab-led coalition against the Islamic State?

Unfortunately, I'm not seeing that. Where the Arabs are coming together [involves] the wrong target, and that is Yemen. The Houthis, who are the main rebel group, have been oppressed and marginalized for a long time. They are asserting themselves, which makes this a civil war. The main target for the Arab regimes should be the Islamic State, rather than a side show in Yemen.

What is the relationship between Islamic State and Saudi Arabia?

If you go back to the 1980s, all the Sunni extremist groups that have emerged, starting with al-Qaeda, have Wahhabism as their base. Unfortunately, these groups have been admired by Saudis because they are reflecting the views of the Wahhabi doctrine in Saudi Arabia. Now, the Saudis are trying distance themselves. They've denounced al-Qaeda, they've denounced the Islamic State, but they're not making any real changes in their own curricula and religious schools. As long as this doesn't happen, we're going to see more and more extremist Sunni groups emerge around the world owing their pedigree to Wahhabism.

Explain why you think the analogue for Islamic State isn't al-Qaeda but the Taliban, in terms of how they use physical territory to advance their tactical and strategic objectives.

Al-Qaeda's philosophy was to create a caliphate in the Middle East. They want to get rid of the Arab regimes. But their whole strategy was that we have to undermine the props of these corrupt Arab regimes, and that is the United States and Europe – we have to attack the afar power rather than the nearby power. The Islamic State is just the opposite. It wants to directly challenge the Arab regimes and set up a new state, which would comprise almost all of the Middle East. To do that, they don't want to just launch terror attacks against the targets in the Arab world. They have formed a regular army which is extremely well armed. It carries out conventional warfare as well as guerrilla warfare and suicide attacks. They are also trying to create a state in the areas that they have conquered, just like the Taliban did once they set out to conquer Afghanistan.

Why is the attraction to the Islamic State stronger within some Western countries than it is to al-Qaeda?

The Islamic State actually has something to offer young people if they want to do jihad. Joining al-Qaeda was much more difficult, almost impossible for ordinary people. And here you have young Americans, British, Europeans, who have literally no background in jihad or connections with militants, going on the Web and being able to arrive in Iraq. Joining a jihad has just become much easier because of the control of territory the Islamic State enjoys.

Where does this conflict go from here – will it be on a slow burn for the next decade or more?

If the Arab states were able, in the next year or so, to put together a serious coalition and boots on the ground, the Islamic State would be in recession, as it were, and sputter out eventually. But if the Arab states don't get their act together, I think what we could see is the destabilization of the Gulf. I think we will start seeing terrorist attacks in the Gulf States, perhaps in Saudi Arabia itself. If terrorist attacks start there, you will see a global impact. Bringing down or creating economic chaos in the Gulf States would be catastrophic. I hope something changes in the next year or so, and we see the Arab world responding in a much more aggressive and positive way – but I am not hopeful.

This interview has been edited and condensed. To hear the entire conversation, subscribe to The Next Debate podcast on iTunes or visit www.munkdebates.com 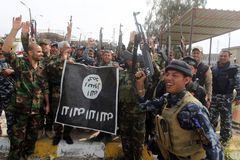