Don Cherry has done it again. The obnoxious loudmouth wants to know why we're wasting money by sending it to Haiti, one of the most blighted nations on Earth. "Are we nuts?" he tweeted the other day. That was his reaction to the news that Canada is "reviewing" its Haiti strategy because our International Co-operation Minister, Julian Fantino, doesn't think we're getting enough bang for our buck.

Personally, I can think of quite a few reasons to help Haiti. Canadians are kind and generous, and Haiti is close to home. More than 90,000 Haitians – including our wildly popular former governor-general, Michaëlle Jean – live in Canada. Haiti is also a wrenching hard-luck story, devastated by earthquake, plagued by cholera and now threatened with hunger after Hurricane Sandy washed away most of the year's crops. Haitians don't deserve this. Nobody does.

So it pains me to admit that Mr. Cherry has a point. Haiti is a hard country to help. Three years after Port-au-Prince was flattened by a quake, Haiti's reconstruction has barely started. More than 350,000 people still live in tents. They still don't have clean water, toilets or electricity.

It's not for lack of good intentions. Bill Clinton, the United Nations special envoy for Haiti, urged donors to take a new approach to aid. The aim was not merely to provide emergency relief but to "build back better" by creating the infrastructure, health programs and jobs needed to turn the country into a functioning state.

Donors enthusiastically pledged $5.3-billion to transform Haiti. Soon, there were no fewer than 9,000 NGOs at work there, more than in any country but India. The World Bank and the U.S. Agency for International Development plunged in. Canada stepped up, too; Haiti became its largest recipient of foreign aid.

This time, the donors pledged not to repeat the same old mistakes. This time, someone would be in charge. Because the Haitian government was weak and unstable, a special commission, co-chaired by Mr. Clinton and the Haitian prime minister, was created to oversee the recovery efforts. Jean-Marie Bourjolly, a Haitian-Canadian technology professor, was one of the commissioners. "You need concerted effort, co-ordination and planning to solve the problem, because the problem is global," he told me. "Clinton had all the power he needed. Unfortunately, he didn't do anything." The commission wound down 18 months later.

Yet, it's doubtful that any master plan could have rescued Haiti. The country lacks basic property rights and land title, which means no one knows who owns what. The government can't deliver basic services. International officials, sensitive to being perceived as neo-colonials, tried to defer to the Haitians, but the Haitians felt the end run anyway. They stood by as foreigners raced around in SUVs and squandered huge amounts on overhead. Nearly all the money spent on redevelopment went to foreign contractors. Only 1 per cent of the aid money flowed through the Haitian government. Then UN soldiers from Nepal set off a cholera epidemic when their feces leaked into a local river, killing more than 7,500 people and sickening hundreds of thousands more. The epidemic made Haitians even more resentful of foreign intervention.

Like Afghanistan, Haiti is a hard country to help. Canada spent $1.5-billion in aid in Afghanistan with no discernible result. We've spent $1-billion on development in Haiti since 2006. Some of the money has gone for emergency relief, and no one would begrudge that. But the idea that we – or anyone else – know how to "get Haiti right" is a cruel joke. It's just another version of the conceit that enlightened foreigners can lift up the world's backward people.

But I don't want to leave you with the notion that nothing can be done and that Haitians are doomed. In fact, Haitians do very well – outside Haiti. And they're a huge source of remittances, which go directly to Haitians themselves. This money amounts to about $1.5-billion a year. If we really wanted to help Haiti, we'd open our doors to Haitian emigration; that would cost us almost nothing, and improve the lives of all the new arrivals as well as the relatives who stay behind.

Of course, we might not get that warm and fuzzy feeling. But we might actually do some good. 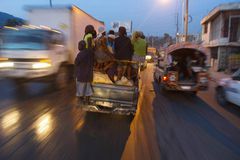 Don Cherry tweets about the millions in Canadian aid to Haiti: ’Are we nuts?’
January 7, 2013 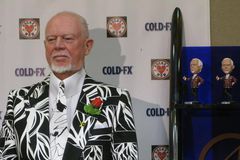