Karen Graham is the B.C.-based founder and principal of Wine Drops, offering perspectives on policy and business matters in the Canadian wine industry.

That Alberta has announced a ban on the import of British Columbia wine is shocking.

That our Canadian federation has arrived at this place – with deafening silence on the part of the federal government – is even more shocking.

How and why did we get here? And why is it that, only in Canada, wine can even be a banned product between provinces?

B.C. and Alberta have the two most integrated provincial economies in the country – estimated at about $30-$35-billion combined. We consume each other's goods and commodities (including oil here and wine there), we have common labour standards and our residents move freely back and forth to live and work in the other province in a host of occupations and industries.

Consider that B.C., Alberta and Saskatchewan – and Manitoba in 2020 – are members of the New West Partnership, an agreement in effect since July 1, 2010, encouraging the further integration of the Western provinces.

Examining the wine side of the equation a little more closely, consider that most of the wine produced in British Columbia is directly or indirectly controlled by three large companies: Arterra Wines Canada, headquartered in Mississauga; Andrew Peller Ltd., headquartered in Grimsby, Ont.; Mission Hill/von Mandl Family Estates, a private entity currently controlling approximately 10 per cent of the vineyard acreage in the Okanagan Valley, with principal offices in Kelowna, Vancouver and Toronto.

Not that smaller and family-owned wineries won't feel the substantial pinch of Alberta closing its doors to B.C.-origin wines; they will. Many small-to-medium-size B.C. wineries' largest "export" market is Alberta. But indignant observers can't claim with any degree of accuracy that B.C.'s wine industry is made up only of small or farmgate wineries.

A 2017 economic impact study of the Canadian wine industry (based on 2015 data) estimated the B.C. wine industry's overall economic impact at $2.7-billion. Before British Columbians panic about the potential erosion of this economic value to the B.C. economy and to important regional centres such asKelowna and Penticton, consider that the estimated annual revenue from B.C. wine sales is $360-million, of which Alberta estimates it purchases $70-million (20 per cent).

So who prevails, and who referees?

The jurisdictional implications aim a stake at the heart of the Canadian federation.

The Alberta government's ban on "imports" of B.C. wine may be seen as a cheap shot, and it is certainly unhelpful to the jurisdictional crisis in which Canada now finds itself.

The absence of the adult referee in the form of the federal government asserting its jurisdiction is among the least excusable non-actions in the whole saga. Alberta should stand down on banning B.C. wine. And the federal government must enforce its federal power and take action – be the adult in the room. Canada's reputation as a reliable, attractive place to invest is already compromised and could be irreparably damaged.

And last but not least, if the Canadian federation ever completed its work in dismantling interprovincial trade barriers (the Canadian Free Trade Agreement came into effect July 1, 2017 – but excepted Canadian beverage alcohol again, an omission on which the Supreme Court of Canada may force governments' hands via a decision in the Comeau case), B.C. wine wouldn't even be eligible as a pawn in this most unseemly tit-for-tat spat between the provinces.

Not the finest moment for B.C., or Alberta, or Canada.

Opinion
How 354 bottles of beer could crack open Canada’s internal trade barriers
Opinion
Provinces and pot: Whose approach is best? 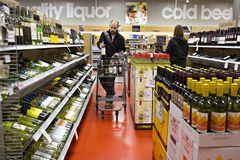 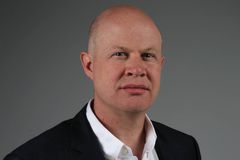