Premiers are not usually the most honest foreign policy interlocutors; their interests are, well, provincial. So it is no surprise that Alberta Premier Allison Redford is getting lots of attention in her vigorous defense of the Keystone XL pipeline project. Equally unsurprising is her direct challenging of federal NDP leader Thomas Mulcair over his negative comments on Keystone made during a recent visit to Washington.

Opposition to the pipeline in the United States and within Canada has focused on the export of dirty bitumen and resulting increases in climate-changing carbon emissions. In response, Canadian politicians, at both the federal and provincial levels – including Ms. Redford but not Mr. Mulcair – have belatedly extolled our country's climate policies as an antidote to the ominously negative political posturing in important U.S. political quarters. The results have cast Alberta's and Canada's climate policies into the spotlight with a severe case of double-downing in response.

After accusing Mr. Mulcair of "betraying Canada," Ms. Redford then chided her own legislative opposition for criticizing Alberta's environmental policies: "That's not good for Alberta, that's not good for Canada." While what she says clearly falls under tough politics, what she means is running the risk of policy 'lock-in' at the provincial level to match what is now the norm at the federal level. That would be the wrong kind of game changer that her fresh approach to energy and climate seemed to offer.

The Alberta government's carbon levy of $15 per ton on industrial emitters is second only to British Columbia's economy-wide $30 per ton carbon tax as examples of innovative public policy in Canada today. But, being second when you are the number one carbon emitter due to oil sands production is not going to cut it when trying to export oil sands production in this political climate.

That's where the rest of Canada comes in. For Canada to achieve its national target of reducing greenhouse gas emissions to 17 per cent below 2005 levels by 2020, Alberta's emissions have to come down further and faster than anywhere else. Almost half of the abatement needed between now and 2020 must come specifically from the oil and gas sector. If it doesn't, Canada cannot meet its target. That means carbon emissions will have to come down from other emission sources in other provinces to compensate.

Does the province with the most emissions have to do more than others to shoulder its 'fair share' of emissions reductions? And, if the top emitting province is viewed as shirking, then why should other premiers accept more reductions and hence, costs from their own residents and industry? Ottawa has almost completely avoided a climate burden-sharing discussion to date to avoid posing these awkward questions. Isolating any one province on such a critical issue is not good for the country's unity or economy.

Keystone has become the new Kyoto. Like the Kyoto debate that took root in the first two Conservative minority Parliaments and hamstrung consideration of other climate policies more suited to the reality of Canada's energy economy – circumstances aggravated by an empty climate policy cupboard left by the outgoing Liberals – Keystone is picking up where Kyoto left off. It is locking-in positions and policies that will do nothing to advance more realistic climate policy in Canada – policy that might well have fixed Keystone before it was pilloried as a climate polluting poster child. The absence of a collaborative, co-ordinated, and cohesive federal/provincial framework for reducing carbon emissions is rearing itself with predictable results.

The challenge is clear: Canada cannot meet its GHG target without Alberta, but Alberta alone cannot meet Canada's target. Only the federal government is positioned to drive this conversation. But a renewed opening from Alberta first on what more it will do, would be the clearest step yet to reminding us that their emissions are ours too.

David McLaughlin was President and CEO of the National Round Table on the Environment and the Economy from 2007-12. 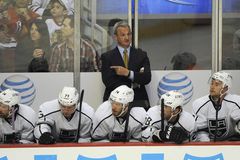 Opinion
For Obama, Keystone decision is a study in symbolism
March 25, 2013 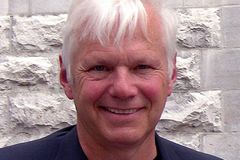