You get one time around, one roll of the dice, one walk through the garden, one quick look at life. -Michelle Wright

The words of Michelle Wright's love song apply to the unique pattern of Alberta politics. No political party in the province, once turned out of office, has ever come back for a second time around. The Liberals won the first election in 1905 and governed until defeated by the United Farmers of Alberta in 1921. Then Social Credit defeated the United Farmers in 1935. The Progressive Conservatives, who had completely disappeared before being reborn under Peter Lougheed, defeated Social Credit in 1971. And that's all she wrote - at least until recently, when it's started to look as if the Conservatives may be replaced by the upstart Wildrose Alliance Party.

There has never been alternation in office in Alberta, unlike in several other provinces where the Liberals and Conservatives take turns governing. In Alberta, one party governs for a long stretch (36 years for Social Credit, 39 and counting for the Conservatives), then is obliterated by a new party without governing experience.

Explaining this unusual pattern is a cottage industry in Canadian political science. The redoubtable C.B. Macpherson propounded a Marxist theory, but it didn't work because it failed to explain the differences between Alberta and Saskatchewan. My view is that Alberta's singularity is best explained through reference to settlement patterns and political culture, combined with historical accident and path dependency (political science jargon meaning that "one thing leads to another").

From the very first settlement, Alberta has been unique in the extent of American influence, especially in the southern part of the province. The early white settlers were ranchers from Montana. Their numbers were later augmented by Mormon farmers and still later by oil-industry workers from across the western states, an influence that continues to this day.

These American immigrants were numerous enough to create a political culture with no particular reverence for the standard Canadian political brands - Liberal and Conservative - inherited from Britain. On the dry and windy plains of southern Alberta, few cared about Gilbert and Sullivan's theory: That every boy and every gal/ That's born into the world alive/ Is either a little Liberal/ Or else a little Conservative!

The strong American influence in southern Alberta furnished ideal soil for the growth of new political options, neither Liberal nor Conservative: Progressivism, whose Alberta provincial wing was the United Farmers; the Co-operative Commonwealth Federation, founded in Calgary in 1932 as an outgrowth of Progressivism; Alberta Social Credit, established by the Calgary radio evangelist William Aberhart; the various parties of Alberta separatism; Preston Manning's Reform Party of Canada; Mel Hurtig's National Party; the Wildrose Alliance. And that is by no means a complete list.

There was a moment when Alberta almost broke with its past to adopt the more common Canadian norm of Liberal-Conservative competition. That was in the early 1990s, when Don Getty's Conservatives got into deep trouble over spiralling budget deficits. Liberal leader Laurence Decore, a former mayor of Edmonton, repositioned his party to the right of Mr. Getty's Conservatives, promising brutal budget cuts to banish the deficit.

Mr. Decore and the Liberals would have won the 1993 election, had the Conservatives not dumped Mr. Getty and chosen former Calgary mayor Ralph Klein to lead them. As it was, the election was close, and it seemed that a new era of Conservative-Liberal competition had arrived. But the Liberals, disappointed at not winning, forced out Mr. Decore. He was followed by a series of Liberal leaders with no idea of how to win.

Today, the Liberals are a niche party in Alberta. They can get 20 per cent to 25 per cent of the vote, but they're not seen as an alternative government. The New Democrats also aren't going to win in this politically conservative province. Ergo, when voters are unhappy with the government, they seek a new alternative.

WHY WILDROSE? WHY NOW?

Actually, the Wildrose Alliance is not entirely new; it has existed in one form or another since 2002. Until recently, it was a further-right niche party, afflicted with the factionalism that so often plagues small parties with no chance of winning. But, suddenly, Wildrose is polling at 39 per cent, compared with 25 per cent for the Conservatives and 24 per cent for the Liberals. Only in Alberta could a party climb so quickly to the top of the polls.

Why now? One explanation is that Wildrose Leader Danielle Smith is photogenic and articulate, and has mainstream appeal (full disclosure: she is also my former student, but that's not where she got her good qualities). Even more important is the mess that Premier Ed Stelmach has made.

Mr. Stelmach likes to say, and it's true, that he has never lost a campaign. He shrewdly figured out how to make the complicated rules of the Conservative leadership race work for him, then went on to win a huge victory in the 2008 general election.

But his performance in government has not matched his campaign achievements: appointing a first cabinet that underrepresented the cities, especially Calgary; awarding MLAs and cabinet ministers a huge salary increase in a secret vote the day before the legislature closed; passing a small reduction while putting out a misleading press release to make the cut seem larger (it worked for only a day); destroying the fabled Alberta Advantage by tearing up contracts and raising royalties, thereby driving oil and gas companies to spend their land-acquisition and drilling budgets elsewhere; trying to pick business winners with government investments, thus reversing another of Ralph Klein's wise policies; merging local health districts into one provincial organization, ostensibly to reduce deficits but actually increasing them; rolling out swine-flu vaccinations without setting priorities, thus leading healthy young men to trample women and children on their way to the needle; failing to curb runaway government spending that had begun in Mr. Klein's latter years. The list goes on and on and on ...

In a recent national poll, Mr. Stelmach received the lowest ranking of all premiers: Only 14 per cent of Alberta respondents viewed him favourably. The public's assessment of his performance has driven a series of highly visible Tory reverses: losing the previously safe riding of Calgary-Glenmore to Wildrose in a by-election; falling precipitously in the polls; and two caucus members crossing the floor to join Wildrose.

Mr. Stelmach and his advisers have come up with a three-step plan to stanch the bleeding. The first was the cabinet shuffle announced last week. The second is a "competitiveness review" to repair the oil and gas royalty structure, although so many patches have already been applied that the perception of instability has become as big a problem as the original revenue grab. The third is the 2010-11 budget, to be brought down in February and rumoured to contain about $2-billion in expenditure cuts, in the hope of setting the province on the path toward balanced budgets.

It's not a bad plan, due largely to political pressure from Wildrose (the prospect of hanging concentrates the mind). But it's an open question whether it will work. It has to be well executed, and this government has not executed very well since taking office. And Mr. Stelmach may simply have lost too much esteem in public opinion to recover.

If the winter recovery plan doesn't work, look for bloody civil war on the right. Wildrose has a leader who performs well in public. She lacks management experience, but she's acquiring that in building her party. Wildrose can probably raise the money it needs, and is rapidly building an organization to challenge the Tories.

Unlike what happened at the federal level, the "fight on the right" will not allow the Liberals to win; they will probably stay confined to their 20-per-cent to 25-per-cent niche, where they wait patiently for patronage when and if their federal cousins return to power. But it could produce a minority legislature, with all the instability that implies.

In a utopian fantasy world, none of this would have to happen. Almost all Wildrose supporters used to vote Conservative. Most Conservatives have no quarrel with Wildrose principles (New Minister of Finance and Enterprise Ted Morton said recently that he's in 90-per-cent agreement with Wildrose). There is, at least for now, far less philosophical disagreement between Alberta Conservatives and Wildrose than existed between the federal Progressive Conservatives and the Canadian Alliance before those two parties engineered their merger.

Conceivably, the Tories could make peace with Wildrose, merging the organizations and holding a new leadership contest. But the Tories affirmed Mr. Stelmach's leadership at last fall's provincial convention, so now what? In the looming battle, the Conservatives have all the advantages of money, personnel, experience and incumbency. But maybe their time is up. Ask Michelle Wright.

Tom Flanagan is professor of political science at the University of Calgary and a former federal Conservative campaign manager.

Opinion
Is this Israel's calm before the storm?
February 5, 2010 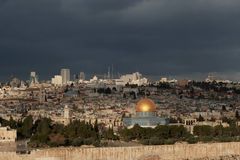 Opinion
It's democracy, not dysfunction
February 12, 2010 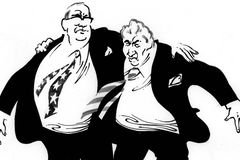 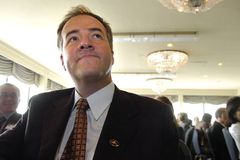