As Iran's Supreme Leader talked about "red lines" and U.S. President Barack Obama struggled to head off tougher sanctions that could derail his diplomacy, a powerful subtext rippled beneath the surface of Iranian negotiations with the West when they resumed Wednesday: Which metal does Iran want most, at least in the short term – enriched uranium or gold?

Until this summer, the gold trade with Turkey provided a loophole through which much-needed Western currencies flowed into Iran. Tehran urgently wants that loophole opened up again. Here's how it worked.

Iran sold oil and gas to Turkey. The buyer paid in Turkish lira deposited to an Iranian account in Turkey's state-owned Halkbank. Iranian gold dealers had access to the Halkbank money, and used it to buy gold in Turkey. The gold was then hand-carried from Turkey to Dubai and sold to traders for the dollars and euros Iran so desperately needs.

Turkey can openly buy oil and gas from Iran because it has a waiver under the sanctions protocols that prohibit other countries from doing so. However, the gold flow to Iran enabled a more robust exception to the sanctions than envisaged by the waiver.

In January, Mr. Obama moved to close the loophole. He signed an executive order prohibiting the sale of gold bullion to Iran. The order gave Turkey six months to comply, meaning that it came into effect only this summer.

This means that it is only in the past four months that Iran has endured the fullest, most withering effect of the sanctions, a fact that perhaps accounts in some degree for the openness to dialogue now evident.

Gold has always been popular with criminals and sanctions busters, both because of its anonymity and its liquidity – the ease with which it is converted into cash. But today it is especially attractive to the black economy, for the single reason that it's worth so much.

Last year, for example, an NGO researching the brutal larcenies of Congo's gold fields, and the way that gold was gushing across the border without providing any benefit to the country it came from, calculated that $30,000 worth of gold could fit in a pocket and $700,000 in a briefcase. This rich prize has fuelled a stupefying surge in theft.

In South Africa, thieves establish beachheads in abandoned mine tunnels that give them access to the working areas of the mines. They conduct an unstoppable campaign of pillage that nets criminal syndicates more than $1-billion a year, possibly as much as $2-billion. The stolen gold flows out of the country to laundries in the Persian Gulf states and Russia.

China, now the biggest gold producer in the world, reached first place because the production from its legitimate private and state-run mines is supplemented by a staggering apparatus of illegal miners and thieves who defy authorities in the far-flung provinces, ruining the environment but hugely swelling the national output.

Gold's high price is the oxygen that feeds this fire, because it makes even relatively modest weights worth a lot of money.

When Mr. Obama's order was announced in January, even though there was a six-month window, Turkey stopped selling gold to Iran for a month, possibly because they did not want to look too eager.

The sales resumed in February, and the Iranians got $117.9-million worth of gold to resell in the Gulf. It was a far cry from previous levels. In a peak month in 2012, Iran got $1.8-billion in gold from Turkey, and the take for the year was $6.5-billion. You can see how that might come in handy to a country cut out of the international banking system and starving for foreign exchange.

Gold is a shape-shifter. In the days of the gold standard, it was the tail that wagged the dog of international finance: Without enough gold, a country's currency supply would shrink, further exacerbating the economic hardships that had caused the gold to flow out of the exchequer in the first place.

No one is on the gold standard now, yet gold retains its place as a currency of last resort, a sort of shadow money, a phantom that cannot be driven out of the human mind, which is the true and bedrock source of its enduring potency. Rushed in a suitcase from the Golden Horn to the Persian Gulf, it can keep a whole country on life support.

Matthew Hart's book Gold: The Race for the World's Most Seductive Metal, will be published next month by Allen Lane in Canada and Simon & Schuster in the U.S. and UK. 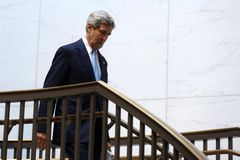 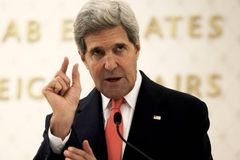 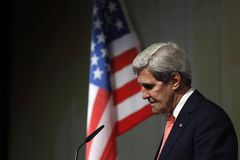