There is a scene in a West Wing episode where the campaign manager to fictional president Josiah Bartlett refers to gaining political advantage as akin to removing kelp from a racing sloop. Governments, like boats, accumulate kelp on their hull over time that acts as a drag on its fortunes.

Removing one more piece of political kelp to gain a competitive advantage is what's behind the Conservative government's planned amendments to the Copyright Act, which would require news broadcasters to make available video clips of political actors without permission to all political parties for election advertising.

No one should be surprised. This has been a remarkably consistent modus operandi for this government and party from the outset.

From legislation removing public subsidies for political parties after the last election, to the controversial Fair Elections Act governing future elections, the Conservatives have sought political hegemony by amending the electoral rules of the game in ways that particularly advantage them. That these rules apply equally to all parties is correct, but only the Conservatives are best positioned to benefit.

This is not a new story in Canadian politics. Past Liberal governments have benefited from extensive corporate donation rules and the NDP always had strong union donation links to keep them in the game.

What is new is the free market ethos behind the Conservative Party's changes.

Election rules have been mostly about fairness and equity for all parties and players. They were designed to set limits and parameters around political behaviour so no one party had a primordial advantage. While federal parties could constitute an oligopoly with a few dominant players, the political marketplace would be regulated to prevent monopolistic behaviour.

Fewer restrictions challenge that convention. Dominant positioning in the political marketplace by one party is not just incentivized but encouraged. While always present, campaign rule changes such as these have a convergence effect. To survive, let alone prosper, every party must increasingly adopt the characteristics of their most successful competitors.

That is why, if you want to understand politics in Canada today, don't turn to a political scientist, ask a business professor. It is the language of business that increasingly defines and explains why our politicians and parties act and speak in a certain way.

Voters are consumers, not citizens. We are 'shopped for votes' by parties as our attachment to the political process waxes and wanes. Market segmentation slices and dices the electorate into micro-chunks of likely and accessible voters resulting in targeted voters being bombarded with direct appeals for support or money. Once captured in a party's database, the virtuous cycle is repeated as retaining a committed supporter is 'job one' of any party.

The Conservative Party's goal to get their hands on news video clips of their opponents for political advertising through new copyright rules fits with this dynamic. As the country is splintered into hundreds of mini-campaigns targeting specific voter demographics, using this material to craft electoral and fundraising messaging is simply the new normal.

Prime Minister Stephen Harper has been resolute in using incumbency to advance the political dominance of the party he leads and turn the Conservative Party of Canada into the default governing party. He has double-downed year-after-year on a strategy founded first on a core base vote glued by values and, then second, on a relentless string of election rule changes to give his party advantage over his opponents.

But free market democracy is no guarantor of equivalent benefits for voters. After all, the end game of ideas and values in a democracy versus products and services in a marketplace are radically different from each other.

Conservatives instinctively favor free markets. It is striking that for all its populist interventionism and regulation as part of its consumer agenda, the most visible manifestation of free market philosophy in action is taking place in the political marketplace.

The Harperites and the joy of negative advertising
May 12, 2018 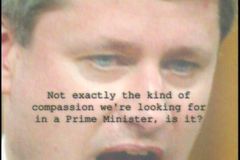 Conservatives proposing plan to allow use of journalistic work in political ads
May 12, 2018 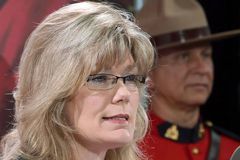