It is hard to imagine anything substantial being accomplished by the U.S. Congress before early 2013.

Both parties are already in non-stop campaigning mode, gearing up for the November, 2012, presidential election. Whoever wins won't take office until January, which is also when new legislators arrive in Congress. After that, it will take many weeks or months for legislation to be framed, for presidential appointments to be ratified and for the new administration to set its course. The settling-in process will be shorter if Barack Obama is re-elected, but the very mention of his name so infuriates Republicans that it is hard to imagine compromises unfolding before then in the interests of making Congress work.

This deadlock is one reason why the emerging Beyond the Border action plan between Canada and the United States will try, wherever possible, to sidestep congressional approval. Through administrative and regulatory changes, the aim of these negotiations is to thin out the border that Washington has been systematically thickening in recent years.

Canada's challenge vis-à-vis the United States these days is to deal with a country plagued by dysfunctional politics, a grim economy, an abiding preoccupation with terrorism, a sense of slipping destiny, the uptick of isolationism and a fiscal inability to shoulder additional foreign burdens.

From these preoccupations flow an unco-ordinated series of American measures or proposals, some aimed directly at Canadians, others at all foreigners, that are testing the skill of Canadian diplomats and the strategic abilities of Stephen Harper's government.

These measures rekindle a reflexive anti-Americanism in Canada that is still found in places such as the federal New Democratic Party, trade unions and university lefties who still think of the United States as a capitalist-imperialist superpower intent on crushing, grabbing and thwarting nice, little Canada.

In fact, the reverse is true. Whatever measures are coming from or being contemplated south of the border these days are motivated by fear of decline, isolationism and anger at the country's sad state. This is not an eagle with spread wings but one with clipped talons, unaccustomed to this unhappy state of affairs. A weakened America is arguably more difficult for Canada to deal with than a strong one.

A decade after the 9/11 attacks, there is a fear of terrorism still driving the U.S. Department of Homeland Security, a behemoth that sees threats everywhere and lacks sensible discretion for dealing with them. Hence, the thickening of the border: passports, more officers (being more officious), plans for more drones circulating overhead, more checking of luggage and freight, pressure on Canadian airport security personnel to operate on a basis of maximum risk rather than sensible risk assessment.

There is a huge U.S. trade deficit that gives rise to "Buy America" pressures and proposals such as the one to impose charges on containers entering the United States from Canada because Prince Rupert, B.C., is stealing container traffic. (We should remember that while Canadians cry about Buy America, Quebec and Ontario have local purchasing requirements for their renewable-energy industries).

There is a huge U.S. fiscal deficit that sends departments scurrying to find additional revenue without raising domestic taxes. Hence, the threat of punitive, confiscatory penalties against dual citizens who have not filed U.S. tax returns, a worldwide sweep that hits Canada hardest.

This deficit will also shape U.S. policy abroad – there are proposals before Congress to slash budgets for foreign aid and the State Department. The Pentagon budget will also be reduced, the only question being by how much. As a result, the United States will be looking to allies to do more, at a time when they, too, will be cutting defence budgets. Libya was perhaps a harbinger: The United States provided much help, but other countries, including Canada, did most of the bombing.

At the very moment Canada signed the free-trade agreement two decades ago, it hitched its star ever more tightly to the world's undisputed superpower. But no one could have guessed how the world would change with the advent of jihadism and the economic rise of China and a handful of other countries. Nor could anyone have guessed how many wounds the United States would inflict on itself. 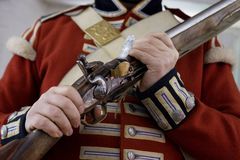