A.J. Somerset is the author of Arms: The Culture and Credo of the Gun.

President Barack Obama's statement to the American people following the mass shooting at Umpqua Community College in Oregon possessed a certain Groundhog Day quality. He looked tired, frustrated. No audacity of hope here. Instead, his remarks seemed off the cuff, unrehearsed, like a despairing Bill Murray approaching the end of his rope. Mr. Obama all but shrugged at America: If you won't stop this, I sure as hell can't. Exit, without taking questions.

One point in that appeal to the country stood out. "And I would particularly ask America's gun owners," Mr. Obama said, "to think about whether your views are properly being represented by the organization that suggests it's speaking for you."

They are not. A 2012 survey found that 87 per cent of U.S. gun owners, including 74 per cent of current and former National Rifle Association members, support background checks for anyone who buys a gun, which the Brady Campaign to Prevent Gun Violence insists is the single most effective way to reduce firearms deaths in the United States. The NRA vehemently opposes that proposal.

Most U.S. gun owners hold moderate views on gun control, yet we do not hear their voices, because loudmouths speak first. Psychologists know the problem well. Five men sit in a bar: one opines you have to smack your woman around to keep her in line. All disagree, but none speaks; each believes he is alone.

So the loudmouth thinks everyone agrees, and feels empowered to speak louder, and to shout down anyone who does speak up – just as the NRA responded to The Washington Post's review of my book, Arms: The Culture and Credo of the Gun, by lambasting me both on an NRA-owned radio show, Cam & Co., and on the website of its magazine, America's 1st Freedom.

The NRA feeds off rancour, warning gun owners there can be no compromise. Either you love freedom or you are a gun grabber. And once the shouting starts, gun owners fall in line. To own a gun is to feel the weight of mainstream disapproval pressing against you, to know that many look on you as a fundamentally defective human being, a walking Freudian hang-up shoring up his inadequate masculinity by stroking the barrel of his rifle. The natural tendency is to align yourself with your fellow pariahs, and to look for a protector. Enter the NRA.

The source of the NRA's mythical power is not money, as so many believe, but votes: It can mobilize an army of single-issue voters who will reliably march to the polls and trounce its enemies. Its membership is fewer than five million, but it exploits the rancour of the gun debate to call many more to its side. And this is the reason of Mr. Obama's call to moderate gun owners: To sever the NRA's head from the body that supports it.

There is hope. The fact that Hillary Clinton is willing to campaign on gun control should tell us that. The NRA is no longer invincible. The number of Americans who now consider gun control "very important" has doubled. That growth is not from the NRA's single-issue voters. After the Sandy Hook, Conn., massacre, new gun-control groups emerged, notably Moms Demand Action. Gun control in the United States is no longer a masculine issue, a problem of crime and punishment. It is now a women's issue. The ground is shifting.

But the U.S. Supreme Court's 2007 decision in District of Columbia v. Heller has sharply constrained gun control, by interpreting the Second Amendment to mean Americans have the right to own guns in common use. A wholesale ban on semi-automatic rifles, as Australia enacted, is a non-starter. The United States can only take small steps. And the fact remains that there are, at last estimate, more than 350 million firearms floating around in U.S. society – more guns, in short, than Americans.

The U.S. gun problem is ultimately a cultural problem: The country is like a smoker who knows cigarettes are slowly killing him, but can't abandon his self-image as a film noir hero, a smoke dangling from his mouth. It may take a cancer diagnosis to shake that image for good. Things will get much worse before they get better. 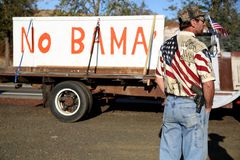 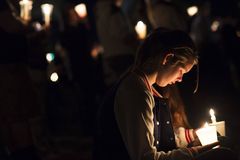