She's back. The Tiger Mom has struck again, and people are furious.

You remember Amy Chua – she's the dragon lady who wrote a book about her parenting style. It is probably not like yours. Her motto is: All work, no play, no coddling, and hold the praise. A lot of people thought her approach amounted to child abuse. Her new book, The Triple Package, is making people even madder. (Actually, she wrote it with her husband, Jed Rubenfeld, but she makes a better target.)

Ms. Chua's book broaches a still-taboo subject: the fact that some ethno-cultural groups in North America starkly outperform others on measures of academic success and income. Why? The authors believe their success is rooted in three traits: a group superiority complex ("We are the chosen people"), individual insecurity ("I can never be good enough"), and impulse control ("so I'll have to work like hell if I don't want to be a complete failure"). The Chinese and the Jews have these traits in spades. So do Mormons, Nigerians, Lebanese, Iranians, Koreans, Cubans, and Indian South Asian groups.

The authors argue that it's this constellation of traits – not socio-economic status, inherited privilege, or IQ – that matter most. For those who have them, upward mobility is alive and well. For those who don't – well, too bad.

No wonder folks are so hot and bothered. The authors' thesis trashes conventional explanations about why some people get ahead and some don't. It suggests that the problem of inequality is far more intractable than we'd like to think. It plays into ethnic stereotypes. (All those stories you hear about Chinese mothers are absolutely true.) It raises awkward questions about immigration policy. And it leads to the gloomy conclusion that our culture today leaves a lot to be desired. Here's what our culture is telling us: Everyone is equal, feel good about yourself, live in the moment. "Success today comes more often to groups who resist today's dominant culture," they write.

As it happens, Canada is an excellent laboratory for the authors' theories. And the Toronto District School Board, with its 250,000 students – one of the most ethnically diverse populations in the world – offers the perfect natural experiment. The TDSB conducts detailed demographic analyses of its students and their performance. The data strongly confirm the group differences described in The Triple Package. (My thanks to education consultant Paul Bennett, whose excellent blog, Educhatter, led me to this trove of information.)

The first surprise in these data – for those who haven't hung around a Toronto schoolyard lately – is that only 29 per cent of the TDSB's students are white. The next largest ethnic groups are South Asian (24 per cent), East Asian (15 per cent), and black (12 per cent). About three-quarters of the kids were born in Canada, but only a fifth of the students have two Canadian-born parents. More than two-thirds are from immigrant families with both parents born outside Canada.

The second surprise is that there is almost no link between academic success and family income among immigrant groups. More than half of all East Asian students (Chinese, Hong Kong and Korean) come from families that make less than $50,000 a year. But they blow the other kids away. Between 85 per cent and 89 per cent of them score at levels 3 and 4 in Grade 6 math. The school board average is just 60 per cent. Most South Asian students do well too, even though 70 per cent of them come from homes with incomes of less than $50,000 a year.

These findings are mirrored across Canada. Many of the disadvantages that are widely assumed to hold kids back – low family income, attending an "educationally challenged" school, learning English as a second language, having less-educated parents, or a non-white skin colour – simply don't apply to large groups of immigrant kids. They do well anyway. What they have, the authors would argue, is extremely strong cultural capital. Their families demand more of them. They study harder than other kids do, and their parents don't care about their self-esteem. A classic example of such a kid is the writer Gary Shteyngart, whose Russian-Jewish parents emigrated to the U.S. in the 1970s and took menial jobs to survive. His mother used to call him "little failure."

Group differences in academic achievement are very wide. As one TDSB study notes, "Some of the differences between groups can be as large as 40 percentage points." The groups experiencing the biggest challenges are black (but not African-born black), Latin American, Middle Eastern, Somali, and Dari-speaking (Afghan).

Which brings us to another important point about cultural capital. It doesn't last forever. With success and achievement comes complacency, and by the third generation, the drive, the hunger to prove yourself and the ability to defer gratification start dribbling away. The children and grandchildren of today's super-duper achievers will probably disappoint them.

There's also a downside to all this striving, as Ms. Chua points out. A lot of driven kids are miserable. Some will eventually realize that what their parents wanted for them isn't what they want at all, and that top marks and material success aren't everything.

I don't buy everything in this book. Some of the analysis is a bit too facile. But it's a good way to start a conversation that's long overdue. The real danger is not Ms. Chua's and her husband's ideas. The danger is that we might be too timid to discuss them. 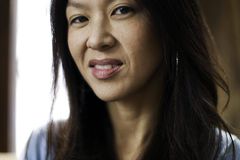 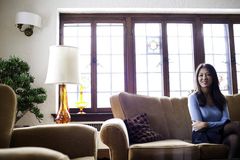 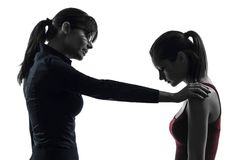