What a week in sports! Last Sunday night, the Grey Cup game in Regina was holding centre stage. By the time midnight struck, Jon Bon Jovi and his Toronto corporate partners had the Bills en route to Canada.

Lest football dominate the sports news for more than a day or so, early Tuesday the NHL and Sportsnet announced a 12-year, $5.2-billion agreement. In the excitement, some observers proclaimed that "hockey is the only sport Canadians really care about," and offered eulogies to TSN.

Thank goodness we have some good data to help us keep our balance. In tandem with pollster Angus Reid Global, I have just updated some valuable trend information on pro sports. And the post-rhetoric reality is that we do care about some sports besides hockey – notably football.

Yes, to no one's surprise, the NHL is number one, not really followed by the commonly proclaimed "nation," but by close to a solid, one in two Canadians. There also is some good news for TSN and its significant investment in the CFL and NFL: Pro football is now solidly entrenched in second place. Some one in three people across the country say that they are close followers of the CFL and/or the NFL. That level is well above the one in five who indicate they are fans of another Sportsnet jewel, Major League Baseball. Just under one in ten Canadians report that they closely follow either the NBA or Major League Soccer.

That said, the "bookend" situation of the Grey Cup Game being played in Regina on one Sunday and the NFL game between Buffalo and Atlanta being played today Toronto – with the NHL-Sportsnet "newsflash" wedged in between – has highlighted the question of the strength of both leagues in Canada.

A common assumption is that Canadians are choosing between the CFL and NFL. As a result, in light of the NFL's power and prestige, some think the landing of an NFL franchise in Toronto would be a major coup, a further indication that the city is world class. That kind of status is seen as hard to attain when one's relatives include places like Regina, Winnipeg, and the suburb of Hamilton. So it is that hosting an NFL game and the possibility of the U.S. league settling here permanently are greeted with much excitement by some – and considerable consternation by others.

Well everybody, not so fast. The CFL-NFL debate offers an intriguing illustrative snapshot of the nuances of Canadian culture. With the help of our national survey data, the confusing football picture comes into focus.

The first clue to clarity is that while 26 per cent of Canadians say they are close followers of the CFL and 21 per cent the NFL, fourteen of those percentage points in each case consist of people who follow both leagues. Fans are not always or even typically opting for one league over the other. Many enjoy both.

And why shouldn't we? The findings for football remind us that Canadians continue to be more than happy to draw on the best and most enjoyable features of American life – and other cultures around the world, for that matter. That doesn't mean we don't value Canadian culture, which brings me to a further survey finding.

Angus Reid Global and I pointedly asked Canadians how they feel about the possibility of the NFL coming to Canada. We found that some eight in ten people with an opinion on the matter either don't want the NFL to come to Canada (41 per cent) or would only welcome the NFL if the CFL continued to operate (40 per cent). Fewer than 20 per cent would be happy to see the NFL take root here, "even if it meant the end of the CFL." Our preliminary data suggest that Toronto varies only a little from the national rule – having a slightly higher proportion of NFL fans than CFL fans (30 per cent vs. 22 per cnet), and a two-thirds majority who either would want to see the CFL to continue to operate (45 per cent), or simply don't want the NFL to come (18 per cent%).

Simply put, most football fans and many non-fans like things the way they are. To enjoy things American is not to say goodbye to things Canadian. We can like the NFL. But the CFL, despite its ups and downs, has been a long-standing and valued Canadian institution. Its slogan, "This Is Our League," seemingly resonates with many. We are not big on sacrifices.

Consequently, any attempt to plunk down an NFL team in Toronto and triumphantly market it as "Canada's team" – with limited cultural nerve-endings – may be met with surprising antagonism and indifference by much of the country. Let me see: some 200,000 hard-core fans (eight teams at an average of 25,000, for the statistically-minded), along with television audiences that are close to four times that size, on a mediocre day. That could potentially translate into a significant collective response to corporations and networks, for example, which chose to focus on an NFL team in Toronto, versus CFL teams in at least eight other cities. Not a threat; just thinking.

The obvious policy implication for any entrepreneurs who aspire to establish an NFL team in Toronto? They would be wise to ensure that a CFL team simultaneously thrives in Toronto – perhaps even generously bankrolling the franchise. Rather than being slain by the arrival of an NFL team, a healthy CFL might be the key to the long-term success of such an NFL initiative. If appropriate cultural sensitivity and respect are shown towards "Our League," NFL backers may find that the league has an opportunity to co-exist in Canada with the CFL.

Otherwise, the seemingly invincible NFL just might experience a surprise sack "up north."

Reginald Bibby holds the Board of Governors Research Chair in sociology at the University of Lethbridge. His latest book, co-authored with Andrew Grenville of Angus Reid Global, is The Future of Life in Canada, forthcoming in mid-2014. 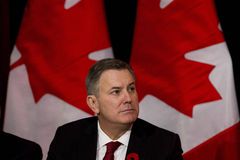 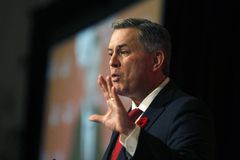