In Stephen Harper's government, the Prime Minister makes almost all the important announcements, the ones the Conservatives want the electorate to remember.

There are a few exceptions to this practice, as when the Finance Minister delivers the budget and speaks about it thereafter. Generally speaking, however, the more important the file, the greater the likelihood that the Prime Minister will do the talking.

Which explains why poor Leona Aglukkaq, the Environment Minister, got to announce on Friday the damp squib of the government's greenhouse-gas targets for the December international meeting on climate change in Paris.

Being the Environment Minister in the Harper government is political purgatory. The environment generally, and greenhouse-gas emissions reduction in particular, are far, far down the list of priorities, and the ministers have tended to therefore be of marginal importance in the government.

For many of the Conservatives' core voters, climate change is either a phenomenon that is not happening, is occurring but not from human activities, is a reality but not something we could or should do much about or is something that Canada should not bestir itself to combat because other countries are emitting more than Canada. In other words, it's a political loser for the Prime Minister with most of his supporters. Those for whom climate change represents a pressing issue aren't going to vote Conservative. So why bother expending any political capital on the issue, reasons the Prime Minister.

Like all governments, Liberal and Conservative, since the Kyoto Protocol was signed by the Jean Chrétien government in 1990, the Harper government announces targets for GHG reductions and then misses them by a mile. The Chrétien and Martin governments were just as bad as the Harper government has been for the past nine years. Nothing suggests the target announced by Ms. Aglukkaq on Friday will be any more credible than anything else Canada has promised for a quarter of a century. Canada is justly known in international climate-change circles as a cross between a hypocrite and a deadbeat.

The Harper government now says Canada will reduce its carbon emissions by 30 per cent from 2005 levels by 2030, likely one of the least – if not the least – ambitious target of any advanced industrial country. Of supreme importance, nothing in the announcement referred to bitumen oil, which was the fastest-growing source of GHGs in Canada before the oil price collapse. For years, the Harper government promised regulations on bitumen oil, only to produce nothing. That nothing will now continue.

With a straight face, poor Ms. Aglukkaq (somebody has to read these lines) said, "Canada's ambitious new target and planned regulatory actions underscore our continued commitment to cut emissions at home." First, the target is not ambitious at all. Next, no "continued commitment" has ever existed for this government, witness to which is the fact that having previously promised to lower emissions by 17 per cent from 2005 levels to 2020, national emissions are today only slightly lower than in 2005. There was no chance whatsoever of the Harper government meeting its own targets, despite repeated false claims over the years that Canada was on track.

As for the "planned regulatory actions," these will match U.S. regulations to target methane released, target emissions from natural-gas-fired power plants and target manufacturers of certain chemicals and fertilizers. These new regulations are welcome in theory, but whether they will do much good can only be known when the regulations are published.

Moreover, these new regulations, atop the others the Harper government has already announced, represent the antithesis of what the government prefers in other areas of economic life: to let the market work by sending signals through the tax system. Having ruled out a cap-and-trade system or a carbon tax, the government is left with cumbersome, costly regulations, which is exactly the approach it usually rails against in other sectors of the Canadian economy.

Obviously, this government won't be around any time near 2030 – it might not even be around after the next election. So promises this government makes about what will happen 15 years from now are not worth very much. This observation could also be made about other national governments, especially the United States where the Obama administration's GHG reduction target, which is more ambitious than the Harper government's, could be obliterated if the Republicans capture the White House.

Having utterly failed to meet its previous GHG reduction target, no one should put any credence in the Harper government's latest one.

A note for Rachel Notley: A carbon tax is not political suicide
May 15, 2015 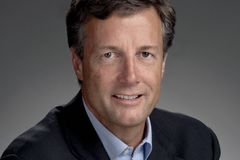 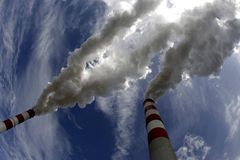 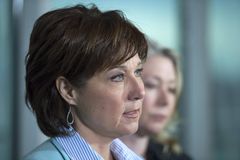