Tough on crime when statistics show it is declining - unreported crime must be going up. A war on public transit when its efficiency is undeniable - light rail is disruptive to cars. Is this evidence-based policy or policy-based evidence? Abolish the long-form census, because it's intrusive - we don't need to know who we are or what our problems are.

Public policy issues are becoming more complex than ever, requiring sophistication in analysis. That trite word "globalization" makes Canada's domestic issues bloody complicated. The speed of change of technology and society makes wicked problems out of what used to be simple ones. Science permeates so many public policy challenges - climate change, international development, war and peace. And in light of minority governments, our governance institutions have been put to the test and found wanting.

The importance of ideas and analysis has never been greater. How should we present complex issues for elected officials, mere mortals all, to come to grips with? Simplification can be trivializing, and it misses the subtlety in both challenges and solutions. The answer lies in building evidence and expertise into the process.

We need a robust supply of analysis and evidence. There has always been a strong analytic capacity in Canada's public service; the experts and scientists are first class. It used to be they had a privileged position from which to advise. Political parties had robust research branches and were the source of creative policy ideas. Now, moribund, they focus on partisan issues for Question Period and on finding scandal rather than addressing public policy challenges.

Think tanks have been playing an increasingly important role, but you need a program to tell the players. Many work from ideological viewpoints rather than basing analysis on research and evidence. The media, meanwhile, call on academe to play a challenge function in public discourse.

Parliament has always been so much more than Question Period. Work done by MPs and senators often advanced our understanding of complex issues. This is becoming less and less the case as the bitter, partisan bickering has spread to committee work.

Even with robust supply, however, there is inadequate demand. Ministers should be demandeurs of public-service expertise, requesting analysis and evidence, options and alternatives. But who needs evidence and expertise when you have ideology?

We observe increasing reliance on polling to point to problems, and focus groups to test solutions. Subjective evidence of worry has supplanted objective evidence of problems. (See those crime stats.) And preferred NGOs have pride of place as advisers.

When faced with fiscal challenges, governments naturally focus on delivering services today rather than analyzing future problems. Decapitating the public service's thinking capacity saves money but robs us of the ability to plan.

We know this century's challenges are more difficult than those of the last. The particular conjuncture of a weak global economy (Japan in crisis, Europe in neutral), dangerous political instability (North Korea, North Africa), frightening natural disasters (earthquakes, tsunamis) and man-made problems (climate change, environmental degradation) creates uncertainty for the public, which turns to political processes for resolution. But rather than providing analysis and evidence, those processes offer increasingly partisan, ad hominem attacks that devalue expertise.

The problems of this century require innovations in governance. We need new institutions, both within Canada and beyond, to address these issues. They need to look over the horizon, bringing analysis and evidence to bear.

Analysis will set us free. Bringing light where there was only heat improves the quality of decision-making. It will improve the level of discourse, elevating our politics to true problem-solving. It will denature the bitter partisan debate, focusing our attention on improving Canadians' economic and social well-being.

This week, at the Walter Gordon Symposium on "Democracy, Expertise - and Politics" at the University of Toronto's School of Public Policy and Governance, students, scholars and practitioners will put their minds to these issues. I am sure they will come up with ways to improve our institutions of governance.

How apt to do so in the name of Walter Gordon, the former Pearson finance minister and chair of the Royal Commission on Canada's Economic Prospects (1957), which produced mountains of background studies, analytic monographs and detailed reports with evidence to change the way we think about Canada and its economic development. We did this again with Donald Macdonald's Royal Commission on the Economic Union and Development Prospects for Canada (1985). Perhaps it is time for another high-level commission in order to show the value of serious analysis and evidence.

Mel Cappe, a former clerk of the Privy Council, is president of the Institute for Research on Public Policy. 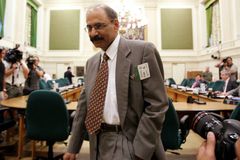 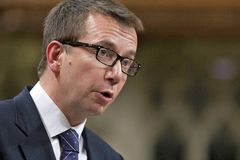 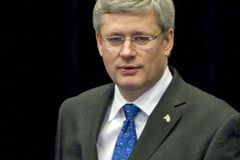