Mark Carney always had an eye for public relations. The transplanted Canadian, now governor of the Bank of England, brought in the cameras to record his first day on the job. Then he issued a more detailed statement about the state of monetary policy and the British economy than is usual, sending the pound down and the market up.

Mr. Carney enjoyed his moment in the headlines. Now, he will be "bumped" from the news at least until the mid-July arrival of baby Ethelred or Penelope or Priscilla or Alfred or whatever the newest royal is to be called. Seldom, to massacre a British call to arms, has so much been made of so little by so many.

Perhaps the Financial Times or another of the "serious" British newspapers might report something Mr. Carney says in the weeks ahead. But for the papers the vast majority of Brits consume – the tabloids – there will be, indeed already is, only one story: the safe arrival and subsequent naming of what has hitherto been known only as the "bump," or in more polite parlance, the "royal baby."

British bookies, who would take bets on an ant race, are raking in the pounds. Social media is aflame with speculation. Monarchist clubs are feverish with anticipation. Publishers are already commissioning authors for books about baby's first three months and the royal couple's anguished name debate. (We can rule out Diana.)

In Ottawa, the Prime Minister's Office probably has a cabal of staffers already drafting the message of congratulations to be sent on behalf of baby's eventual and grateful Canadian "subjects."

Baby will keep the Windsor line going, which is no mean feat for an institution that has survived despite various indiscretions, marital breakups and changing times. Britain changes, the world changes but the Windsors carry on, which is what defenders of the monarchy most cherish, one supposes – the endless continuity of it all.

The Queen has requested a slightly diminished workload, an entirely reasonable request. She could retire, like most people of her age, but that is not the British way. The monarchs of the Netherlands and Belgium have just retired – the monarchical word is "abdicated," which is a little silly on its face – without their royal lines disappearing. Both those retirees, like the Queen, were getting up there in years and reckoned that a son with more energy should take over. Charles, poor chap, just keeps waiting and waiting, trying to find something to do.

The British, when asked about a royal retirement, reply that such a modern practice would produce some sort of ill-defined crisis that would lead to a regency in which someone not really the monarch would act like a monarch.

Serve until you die seems to be the British way, whether you can fully do the job or not, which is more than daft in that it applies nowhere else in life. But then the monarchy is like that, somewhat divorced from reality – a divorce that is, for its defenders, precisely what defines monarchy's greatness. It lies above ordinary life with its squabbles and partisanship and divisions, and typifies the whole country, which of course anyone who observes the royals knows is an intellectual artifact.

Will baby ever be Canada's king or queen, a British transplant plopped on the throne of Canada? The chances are excellent that such a fate might befall Canada, given that our Constitution requires unanimous consent of the provinces and both houses of our Parliament to ditch the institution.

This constitutional impediment could theoretically mean – monarchists should control themselves before they weep for joy – that baby is still on the throne for the 300th anniversary of the War of 1812, which Stephen Harper's great-grandson as prime minister will have decided Canadians should celebrate as a seminal moment in their history.

Baby's arrival and naming will be a Canadian media sensation. As such, it will demonstrate the disconnect between the media and the population on the matter, because Canadian interest in and respect for the monarchy has fallen to historic lows. Baby won't change that.

What readers thought of my disdain for the Royals
June 28, 2013 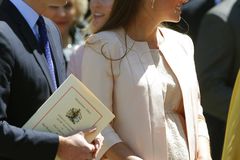 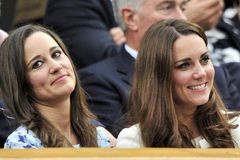 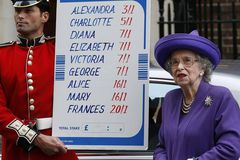