Thousands of young Canadians headed off to university this week, many worrying about the amount of debt they were amassing in the process.

The often meagre amounts saved from summer jobs don't come close to paying for a year at school. And unless they have parents helping them out, loans are essential. If you're in graduate school, lines of credit from a bank are often needed to cover costs.

It wouldn't be so bad if the prospects for a well-paying job after graduation weren't so bleak. But they are. And yet six months after finishing their studies, students are expected to start repaying what they've borrowed.

Accumulated federal student-loan debt in Canada is now more than $15-billion. That doesn't include obligations on lines of credit, credit cards or provincial loan programs – a total estimated to be as much as $8-billion.

Increasingly, universities are relying on tuition fees, rather than government sources, for funding. The government share of university operating revenue declined from 84 to 58 per cent, according to the Canadian Association of University Teachers. Meanwhile, the tuition fee proportion jumped from 12 to 35 per cent. (The balance of operating revenue comes from donations.)

A Bank of Montreal student survey released last month revealed that postsecondary students expect to graduate from school with more than $26,000 in debt, on average. Students in B.C. are expected to be nearly $35,000 in debt. The amount of debt our son will have accumulated after three years of law school is obscene. For his sake, I hope he's one of the shrinking number of grads who makes big money after getting called to the bar.

So far, calls for a national discussion to deal with this burgeoning debt emergency have gone unheeded. The collective response from Ottawa and many Canadians seems to be: "Yeah, it's tough. But it was tough when we were going to school, too." But it wasn't. Not even close. The lack of sympathy for today's students is appalling.

To see what can happen when a student debt problem goes unaddressed, one only has to look to the United States, where the situation has reached crisis levels. The amount of outstanding student debt there has topped $1-trillion. That amount, and the delinquencies, are escalating at frightening rates.

FICO, a financial services consulting company, says that in 2012, the average U.S. grad's student loan debt was $27,253 (about the same as in Canada) – a 58-per-cent increase since 2005, when it was just over $17,000. FICO also reported that delinquency rates are up nearly a quarter in the past five years.

There is now more student loan debt than credit-card debt in the United States. If interest rates go up, Americans will have a financial nightmare on their hands.

Not surprisingly, that debt burden is having a trickle-down effect. Many graduates, stuck in low-paying jobs and barely able to manage their repayment schedules, are delaying big life decisions such as buying a car or house, or even getting married and having kids.

The prospect of graduating in hock and into such a grim economy is deterring many from taking the college or university plunge. That's scaring politicians, who can see where the situation, left unchecked, leads a nation.

In Oregon, state Democrats have tabled an initiative called Pay It Forward. Under the plan, students would be allowed to attend a public state university without fees in exchange for having 3 per cent deducted from their post-schooling paycheques for 25 years.

The program is based on a model in Australia that's been in place for more than a decade. Several other U.S. states are also looking at it.

Who knows? Pay It Forward may never see the light of day. But at least there's a conversation taking place about the student debt crunch and the potentially lethal consequences it has for Americans' future.

While Canada isn't quite in the same predicament yet, neither should we wait until we get there. That debt isn't just students' problem – it's everyone's. 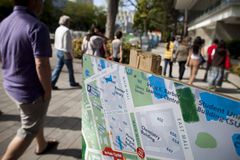 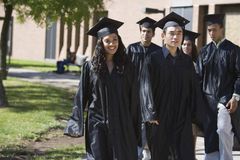 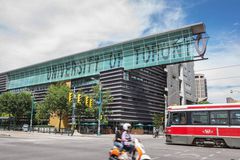