So we enter again the cycle of false hope built on a fallen and sliding Canadian dollar.

We have been here before. For three decades, the low dollar spurred exports to the United States but did little or nothing for productivity.

Instead, it bid up wages and provided a rather painless way of increasing output. It did not stop the decline in manufacturing. It did not induce companies to invest in new equipment, since the low Canadian dollar made imports of such equipment expensive. It did little to diversify export markets. Instead of cushioning economic adjustment, it blunted that adjustment. It made things easy.

A bit of history to put recent developments in context:

On Nov. 15, 1976, the Parti Québécois won power for the first time. Thereafter, Quebec directly (and Canada indirectly) was plunged into a quarter of a century of existential debates that included two referendums.

From then until recently, the loonie played footsie with the U.S. dollar, usually trading a few cents below par until it began to drift lower. Then, with the vertiginous decline in oil prices, it tumbled to the current 80-cent range, largely a function of the economy having become excessively dependent on oil.

Where is the bottom? Goldman Sachs says 71 cents. Other "experts" are a bit more sanguine. But who really knows? The loonie has risen and slid so much in the past four decades that only a fool would make a serious bet.

From 1976 to 2015, it was the exception, rather than the rule, when the loonie traded at or above par with the U.S. dollar. During most of those four decades, the only question was how far below par it would be.

Many factors, domestic and international, contribute to a currency's relative value in an international market of floating rates. But one factor remained constant with only small variations throughout this period: Productivity, however measured, was weaker in Canada than in the United States.

It was once hoped that the Canada-U.S. free-trade agreement would spur Canadian productivity. It did spur exports, but the productivity gap remained. To some extent, the lower Canadian dollar camouflaged the gap.

So it was predictable a few years back, when the Canadian and U.S. dollar values hugged each other, that various industries and almost all private-sector trade unions would squeal about the pain they suffered.

They struggled to be competitive at comparatively equal currencies. They needed and demanded a lower dollar, because the adjustment they had to make at par was too painful. They had not needed to make very serious adjustments during those decades when the dollar was low. When it rose, they hurt badly.

So we have now returned to where we were before: with a low dollar being trumpeted by companies, unions and central Canadian provincial governments as a necessary elixir for their fiscal woes and an aid to their competitive position.

Some of them might argue that the Bank of Canada has heard their pleas and dropped its key rate a quarter of a point. The bank has wanted an export-led recovery. Now, a lower currency and a lower bank rate will help turn the trick.

Except that the law of unintended consequences could easily prevail. Debt-laden families could be inspired to borrow more, when what they should be doing is paying down debt. Companies will breathe a sigh of relief that adjustment can be postponed. Imports of manufacturing equipment will decline.

The Bank of Canada might discover that its small prime rate reduction was just enough to send the wrong signals but not enough to spur economic activity. That might lead it to drop the rate again in the near future, which will push the dollar down further and reinforce the cycle of false hope. 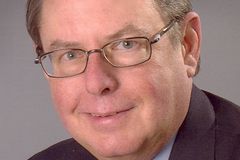