Find yourself at a dinner table these days with baby boomers or my cohort – the generation known as X – and the talk invariably turns to those *^%# young people. They don't want to work overtime. They don't want to do grunt work. They leave work early to follow their bliss at a moment's notice. They won't move out! Someone, over the last bites of organic salmon, will say something like, "I don't want to use the word 'entitled,' it's such a cliché." Sigh, sip of a nice, chilled white from the basement wine cellar. "But they just feel so entitled."

They do feel so entitled, don't they? Entitled to a life in the gig economy, burdened with student debt, as far from steady, benefit-paying, pension-promising careers as I am from turning into a zebra. As far from owning a home as Pluto is from the sun.

As The Globe and Mail's Rob Carrick wrote in May, referencing an online poll of young Canadians that the paper had conducted, "Almost one-quarter of the generation of young adults born between 1981 and 2000 are working temporary or contract jobs, nearly double the rate for the entire job market. Almost one-third are not working in their field of education, 21 per cent are working more than one job and close to half are looking for a new job. … Taken together, the results show a significant number of millennials are not prospering in today's economy." Huffington Post's Michael Hobbes, a millennial himself, was even more pungent when describing the situation in the United States: "Salaries have stagnated and entire sectors have cratered. At the same time, the cost of every prerequisite of a secure existence – education, housing and health care – has inflated into the stratosphere … the economy has turned into a young-people-screwing machine."

Old people moaning about millennials' work habits after we've handed them an unbalanced economic system is the equivalent of kicking somebody in the groin and then complaining that their writhing body is blocking the sidewalk. In the summer, the website Mashable collected 70 things that millennials were accused of killing off, from fabric softener to cruises to the American Dream. RIP, American (and Canadian) Dream! It was nice while it lasted. Well, nice for some, anyway.

Or perhaps they're just dreaming a different dream – a more progressive dream, which is rich in justice and equality to make up for its lack of fabric softener. Maybe they're trading avarice for avocados. It wouldn't be such a bad switch. Last year, in a survey of millennials' attitudes conducted by Harvard University, only 42 per cent of respondents said they supported capitalism; 51 per cent did not. Thirty-three per cent said they supported socialism. John Della Volpe, who conducted the research and has been studying young people's attitudes for 17 years, told The Wall Street Journal this week: "If something unites these people, it's fear." This poses a threat to existing political systems, Mr. Della Volpe said: "We are on the verge of a very significant political movement led by millennials. This generation does not believe in trickle-down economics."

It makes sense, then, that the Oxford Dictionary's word of the year is "youthquake," which "rose to prominence as a descriptor of the impact of [Britain's] young people on its general election." This year in Britain, a millennial voting surge powered the leftist Labour party to a surprisingly strong election showing; 58 per cent of 18 to 24 year olds voted in the 2017 election, up from 44 per cent in 2015, and the majority of them voted Labour. This was perhaps their revenge on old people who stole their future by voting for Britain to leave the European Union in the Brexit referendums; millennials overwhelmingly voted to remain.

Will incremental political change be enough to satisfy the discontents of a generation, and heal the rifts that have been decades in the making? Malcolm Harris, a millennial journalist, argues provocatively in his new book that it will not: "We become fascists or revolutionaries, one or the other." Mr. Harris's argument in Kids These Days: Human Capital and the Making of Millennials is that young people are at a uniquely fraught point in history – groomed for economic and educational success from childhood, but consumed with anxiety as that success seems farther and farther out of reach.

Mr. Harris's argument about the problems facing his generation is largely an economic one, and is rooted in the idea that children – shoved into extracurricular lessons, tutoring, college preparation – are treated merely as units of future economic growth. "Policy makers, employers and teachers – not to mention various salespeople working their own angles – have parents convinced that the proper way to manifest care and affection for their progeny is to treat them like precious appreciating assets." It's an equation built for bottom lines, not human fulfilment. Mr. Harris does not see it ending well.

Is seismic change in the air? It certainly feels that way. And if future generations want to radically restructure a system that works for fewer and fewer of them, the least we can do is stand aside. We've had our kick at the can. Let the elders hunker down in mortgage-free houses and quietly turn to wine that has appreciated in step with real-estate prices.

"Your old road is rapidly aging," the Bard of the Boomers once sang, and when the boomers were young they recognized the truth of the lyrics and sang along, fists raised. "Please get out of the new one if you can't lend your hand." Those are still pretty good words. It's just time for new voices to sing them. 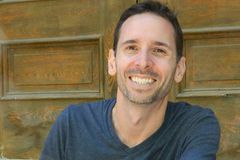 Opinion
Canada’s millennials are ready to engage with Asia
December 3, 2017 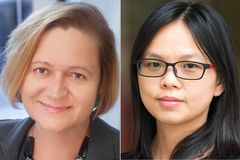 Opinion
The semiotics of Jagmeet Singh, the millennials’ dreamboat
October 3, 2017 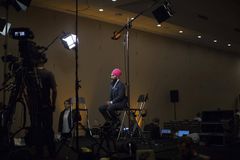