Richard Schabas was Ontario's chief medical officer of health from 1987 to 1997. Neil Rau is an infectious diseases specialist and medical microbiologist in private practice in Oakville, Ont., and a University of Toronto lecturer.

Likewise, is the annual ritual of the flu shot really a cornerstone of good civic behaviour and public health, or is it a weak reed that has been oversold by industry and public health? The bottom line here, too, is nuanced.

Influenza is a significant local public health problem for about six weeks each year, spread out over 12 weeks for the entire country. But its overall impact has been overstated, perhaps in our zeal to get Canadians vaccinated. The vaccine has some utility, but for most Canadians it offers relatively little benefit.

How big is the impact of the influenza?

The health burden of all infectious diseases has been declining for more than a century. They now cause less than one in every 25 deaths in Canada. The recent Ontario Burden of Infectious Diseases study by Public Health Ontario placed the impact of influenza well down the infectious disease list – behind both hepatitis B and C, HIV, pneumococcus, Staphylococcus aureus and even E.coli, among others. Influenza pales into insignificance when compared to our real modern plagues – diabetes, cancer, heart disease and motor vehicle crashes.

Every year we expect between 5 per cent and 10 per cent of the population to get clinical influenza illness. But the impact of influenza falls unevenly. For some, particularly very young infants and people with serious chronic illnesses such as congestive heart failure and chronic lung disease, influenza can be serious and lead to hospitalization and even death. For healthy children and adults – the great majority of Canadians – influenza is a relatively mild, self-limited illness. For them, it is more akin to a bad cold than a life-threatening disease. Influenza illness can clog up our emergency rooms for two or three weeks at the peak of the annual outbreak, usually centred around Christmas time. But for the rest of the year, there's not enough influenza around to strain the health-care system.

Just how good is the flu vaccine?

Vaccines, in general, are perhaps the biggest success story of modern medicine. But in the league tables of vaccines, influenza vaccine hovers near the relegation zone.

Based on Centres for Disease Control estimates, influenza vaccine effectiveness averages about 50 per cent – that's in a year with a good match! Every year there is a risk of a vaccine mismatch because the influenza virus is constantly evolving. In mismatch years, like this winter, vaccine effectiveness averages less than 20 per cent. In practical terms, this means we had to immunize between 50 and 100 people last fall, before the annual outbreak, to prevent a single case of influenza this winter. By January, when the annual outbreak was already fading, we had to immunize close to 1,000 people to prevent a single case. These are not good numbers; they are even worse in some vulnerable populations who need the protection the most. The vaccine is less effective in the elderly. And now there is emerging evidence suggesting that getting the flu shot every year may be unnecessary and even counterproductive. It's not clear that we should be reimmunized when the vaccine components are essentially the same as in previous years.

So, while the influenza vaccine does have benefits, we should not overstate them. The standard mantra "immunization is our best defence against influenza" may be true, but it is more a reflection of our lack of effective alternatives than it is a real endorsement.

Ontario launched its Universal Influenza Immunization Program 15 years ago with the best of intentions, hoping that immunizing everyone would reduce the spread of the virus and better protect those at risk of bad outcomes. Unfortunately, the results of the program have been disappointing.

We (the authors) got our flu shots last year, as we have done every year. The vaccine is safe and some protection is better than none. We'll get our shots this year. too (in the fall when they do the most good) because the vaccine components will be new. But the year after that? We're not so sure.

It's time to think again about influenza control. We shouldn't rush to throw out the baby, but maybe we need to change the bath water. 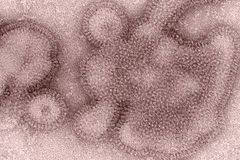 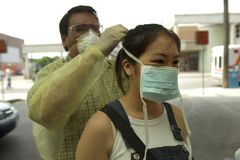