Alvaro Vargas Llosa is a senior fellow at Independent Institute. His latest book is Global Crossings: Immigration, Civilization and America.

Argentina is nearing a presidential election that may put an end to the populist regime headed by Cristina Fernandez de Kirchner (who succeeded her late husband, Nestor Kirchner), a case study in demagoguery, abuse of power and economic destruction. The end of her control would amount to a liberation for the Argentines and other Latin Americans who suffer under the worst forms of autocratic left-wing populism.

Although the presidential election will be held in October, the primaries, which are open, simultaneous and obligatory, take place at the beginning of August. Thus, the results have a much stronger predictive value than in other countries.

Ms. Kirchner's strategy is clear. Barred, constitutionally, from running again for president herself, she is reluctantly supporting as a presidential candidate the current Governor of the province of Buenos Aires, Daniel Scioli, a man from her own party widely perceived as representing a less-fanaticized brand of Peronismo.

They need each other: He is the only Peronista who has not openly turned against her and who has significant popular support, while she controls an apparatus without which he could not seriously compete. But she calls the shots, having imposed on him a vice-presidential candidate as well as congressional candidates.

Mr. Scioli's rival is Mauricio Macri, the centre-right former mayor of Buenos Aires and former president of a popular soccer team. Mr. Macri has an impressive group of collaborators prepared to dismantle a large part of the current system, which is based on patronage, suffocating government intervention in the economy and the erosion of republican institutions. He has built a coalition of his party, PRO; the well-established, traditional Radical Civic Union; and leaders such as Elisa Carrio, who has left-of-centre credentials and has long been seen as a nemesis of corrupt politicians. Putting together this unlikely coalition is one of Mr. Macri's biggest achievements.

Mr. Scioli and Mr. Macri are running neck and neck. The voters who will probably decide everything are those currently supporting Sergio Massa, a Peronista dissident who defeated the government in a midterm election in 2013 and tried to form an alliance with Mr. Macri but was turned down on the grounds that he has been too close to Ms. Kirchner for too long. These voters lean toward populism but resent the autocratic impulses of the Kirchner faction and feel the economic consequences of many years of mismanagement. They also tend to distrust neoliberalismo, as free-marketeers are usually called in Latin America, and have been influenced by the demonization of the right under the current government.

The primaries will tell whether Mr. Massa commands enough support to continue to be a major player or whether, as some polls indicate, his appeal is waning. If the latter, the result will indicate whether a majority of his supporters lean toward Mr. Macri. If not, Ms. Kirchner will be salivating over the prospect of Mr. Scioli attracting back to her, however indirectly, the voters who once gave her a commanding position in Argentine politics.

This scenario would be a nightmare for millions who are sick of the calamities they have suffered – inflation, the collapse of their currency, scant investment and, lately, zero economic growth as well as a climate of permanent intimidation. Their last hope would be that Mr. Scioli betrays Ms. Kirchner and begins the "dekirchnerization" of the state.

My hunch is that even if Mr. Massa's supporters (who come from the province of Buenos Aires, a bastion of old-fashioned Peronismo) lean toward populism, the prospect of real change will trump the mistrust of liberalismo. And if the primaries produce a disappointing result for him, it is by no means inconceivable that Mr. Massa will withdraw and throw his lot in with Mr. Macri. After all, Mr. Massa knows that a Scioli victory will give Ms. Kirchner, his bitter enemy, the power to go after him.

Ex-wife of Argentine prosecutor says her investigation proves he was killed
March 5, 2015 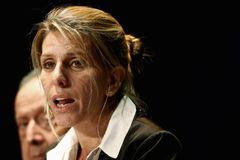 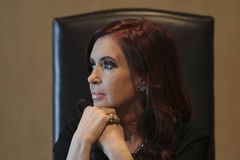