“Today, we bear witness to an extraordinary act in one of history’s defining dramas,” Bill Clinton declared on this day in 1993.

Mr. Clinton beamed as he stood between Yitzhak Rabin and Yasser Arafat for a handshake seen around the world. Under the president’s auspices, the two had signed the Oslo Accord, agreeing to mutual recognition, negotiations and trust-building measures. The plan was to advance toward a full peace agreement that would end the painful Israeli-Palestinian conflict.

Twenty-five years later, peace remains elusive – though not for a lack of effort. In the years after Oslo, Israeli leaders agreed to three U.S.-brokered peace proposals that would have built a Palestinian state. Each initiative was rebuffed by the Palestinian leadership without counteroffer, leading Mr. Clinton, as he recalled, to tell Mr. Arafat, “I’m a colossal failure, and you made me one.”

When talks failed, Israelis unilaterally tried to pave the way for an eventual peace by leaving Gaza. The ensuing takeover of the territory by Hamas has only brought more suffering to Palestinians and Israelis alike. It has also sent a chill throughout Israel about the prospect of a future Hamas coup in the West Bank.

With reports that the White House will unveil a new peace initiative, there are two key lessons from the post-Oslo experience that should inform any such effort today.

First, third-party peacemakers must emphasize progress, not process. Mr. Clinton’s remark about “one of history’s defining dramas” foreshadowed what soon became a persistent problem. Too many in the international community have been narrowly focused on a dramatic, headline-grabbing, top-down process rather than the ground-level conditions it was supposed to foster. Process is for politicians. But progress is felt by the people on whom a lasting peace depends.

As former White House adviser Elliott Abrams observed: “When each successive American administration works for a comprehensive peace deal, it tends to neglect the many opportunities to make less dramatic but still consequential real-world progress. If the goal were instead to leave things better than we found them, every incremental bit of progress would be a victory.”

The international community – including Canada, which has been a model in this cause – should redouble efforts to make tangible improvements on the ground. Tackling Palestinian incitement, preventing terrorism, investing in Palestinian jobs and infrastructure, and improving governance in the West Bank aren’t about sidelining the peace process. Rather, these measures reduce the temperature in the conflict, enhance the quality of life on both sides and give peace better odds of success.

Second, the United States and other third parties will not succeed without understanding and being responsive to the Israeli public.

In Israel, as in any democracy, elected governments cannot stray far from the national consensus. Israeli public opinion toward the conflict is generally unchanged from the 1990s, consistently showing two strong trends. First, most Israelis support peace efforts and are willing to compromise. Second, most Israelis are unconvinced that peace negotiations – which they support in the same poll – will end terrorism or resolve the conflict.

In other words, Israelis are both idealists and realists. They refuse to resign their children to a future of perpetual conflict. They also remember the years of suicide bombings that directly followed previous Israeli offers for peace.

This tension between Israeli hopes and fears is poorly understood around the world. This accounts for the common fallacy that pressure is needed to compel Israelis to desire peace (which polls show they already do) and change the status quo (which history shows requires a willing Palestinian partner). Because their assumptions about Israelis are wrong, those who advocate one-sided pressure on Israel fail to advance peace.

As Israeli parliamentarian Michael Oren notes, the only pressure Israelis cannot resist is an embrace. It is no coincidence that the biggest breakthroughs in the peace process have happened when Israelis felt the U.S. president understood them and demonstrated, in word and deed, that Israel is not alone.

As a country smaller than Vancouver Island in a hostile region, Israel looks to the West – and especially the Americans – for support. When that backing is provided, it makes peace more possible. For all their missteps in the region, former presidents Clinton and George W. Bush gave Israelis the confidence to take significant measures to advance peace. The results were tragic when Palestinian leaders failed to do their part.

When a president delves into this issue, real lives are at stake. If the current administration is to advance the yardsticks, it must emphasize gradual progress rather than grandiose process – and strategically embrace the Israeli people who, 25 years after Oslo, continue to seek peace. 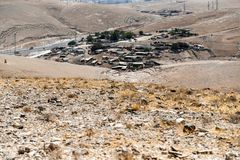 Paraguay moves embassy in Israel back out of Jerusalem
September 5, 2018 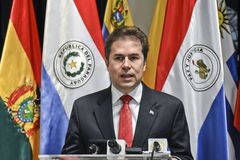 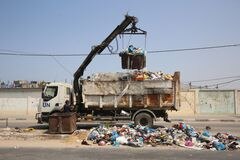