Whether it was coincidence or presciently timed, Canada’s Ecofiscal Commission issued its final report this week, one day after the United Nations’ latest warning about the bleak future of the planet.

According to the UN’s report, global greenhouse gas emissions have grown by 1.5 per cent every year over the past decade. The precise opposite needs to happen if we’re to avoid the most catastrophic effects of climate change.

None of this is particularly new, of course. The UN’s environment program has been banging this drum for a while now, unfortunately to little effect. The world’s 20 richest countries, responsible for three-quarters of worldwide emissions, must take the most drastic steps to cut emissions, the report said.

Will they? Will Canada?

The fact is, we are far past the point for half measures, for the incrementalism that has passed for climate policy in this country. We wasted years doing little to nothing. Now the world is in full panic mode where only drastic action will do, including here in Canada. At least that is the informed view of the Ecofiscal report, regrettably the last one the commission will produce.

In it, the commission argues that carbon prices will need to hit $210 a tonne by 2030 if Canada is going to meet the targets it committed to under the Paris climate agreement. You could practically hear conservative politicians across the country choking on their corn flakes as they read that one. And likely a few people in the federal government as well.

It is a big number to swallow, without question. And a huge and easy target for those opposed to carbon taxes – which is exactly why it’s likely never to see the light of day. And that’s too bad, because it’s the policy that actually makes the most sense.

The commission estimates that a $210-a-tonne carbon tax would raise the price of gas by about 40 cents a litre. Yes, ouch. But under the proposed scheme, money accrued by the government under the tax would be rebated back to the public, as it mostly is now under the current federal program.

Ironically, under the modelling the commission has done, people living in Alberta and Saskatchewan (the two provinces most opposed to any form of carbon tax) would be among those receiving the greatest rebates by 2030 – an estimated $2,250 a person in Alberta and a whopping $4,100 a head in Saskatchewan.

As an alternative to the carbon tax, the commission suggested industry-only regulations as another option. However, in that case, costs are almost always passed on to the consumer who wouldn’t get any type of rebate. Maybe the answer is some type of hybrid model that incorporates green energy subsidies, regulations and a carbon tax. At least it might be more palatable politically.

All I know is that we’re running out of time. And what I’m hearing from our new Environment Minister, Jonathan Wilkinson, doesn’t fill me with confidence that he fully grasps the immediacy of the situation. He told the Toronto Star in an interview that Prime Minister Justin Trudeau has urged him to address climate change “in a thoughtful way.” And that he wants to be “thoughtful and sensitive” to the needs of people in attacking the problem.

He also held out hope that emerging technologies might radically reduce emissions in the oil and gas sector. Which is fine, but you can’t build a serious climate plan around hope.

If you’re a Canadian concerned about global warming and what we’re going to do about it here, I’m not sure it was a good week. In fact, it was a bad one. And you had the new Environment Minister striking a softer, more conciliatory tone. You have to know that the most effective recommendations in the Ecofiscal report will never see the light of day. You could tell that by the instant silence with which its main carbon tax recommendation was greeted.

And then on top of that, we had the sight of Ontario cabinet minister Greg Rickford quoting a blog that denies human-created climate change, in order to justify his government’s decision to scrap more than 750 renewable energy projects in the province at a cost to taxpayers of $231-million. This is the Energy Minister of Canada’s most populous province, quoting a climate-denier publication – one he said was among his favourite to read.

At some point, we’re going to need Ottawa to be square with us. If it doesn’t have the nerve to do what it takes to turn around the environmental mess we’ve created in this country, we deserve to know now.

Opinion
Why the Greens should consider merging with the NDP
Subscriber content
November 7, 2019 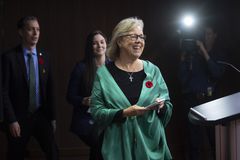 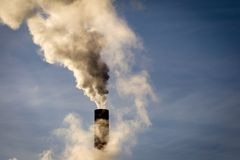 Opinion
A planetary conscience in every phone? There should be an app for that
October 26, 2019 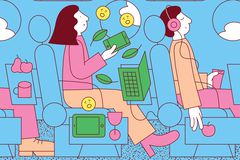