Jessica Scott-Reid is a Montreal-based writer and animal advocate

A shark struggles to free herself from the rope hauling her onto the ship. Fishermen quickly grab her and hack off her fins, each side, then the top, maybe even her tail. She is still alive when they throw her back into the ocean, where she can now no longer swim. So she sinks, deeper and deeper, dying a slow death.

This is shark finning in the East. And Canada supports it.

Outside of Eastern Asia, Canada is the greatest importer of shark fins. Long considered a delicacy in some Eastern cultures, shark fin is primarily used in soup. The shark-fin trade has come under harsh criticism in recent decades, with animal and environmental advocates deeming it cruel, unethical and ecologically damaging. While the actual practice of shark finning has been banned in Canada since 1994, we continue to fund the industry – which kills an estimated 70 to 100 million sharks globally each year – through importation. However, we have the chance to change this.

Bill S-238, the Ban on Shark Fin Importation and Exportation Act, has one final step to go before becoming law in Canada, and advocates are urgently appealing to members of Parliament to pass it before the House of Commons adjourns for the summer. If it is not passed now, the bill will die, and so will many more sharks.

The aptly named MP Fin Donnelly (from Port Moody-Coquitlam) is heading the bill. “There is a crisis in oceans around the world with the rapid decline of sharks being killed for their fins,” he said in a statement. “Since 2011, five private members’ bills have been introduced that would ban the trade of shark fins; in that time, nearly one billion sharks have been butchered and killed for their fins. Imagine 100 million bears removed from our forests each year or 100 million lions disappearing from the African continent annually.”

In addition to the cruel nature of shark finning, the killing of such a vast number of one species can wreak havoc on important ecosystems. “The practice of shark finning has decimated shark populations, is unspeakably cruel, wasteful and puts entire ocean ecosystems at risk of collapse,” reads a statement from Humane Society International/Canada, which has been campaigning for this ban for years.

“Sharks are apex predators – they live at the top of the food chain – whose survival affects all other marine species and entire ocean ecosystems. Sharks grow slowly, mature late, and have relatively low rates of reproduction. This means that their populations have little resilience to harvest and as a result, overfishing of sharks has now become a worldwide problem.”

In 2017, researchers at the University of Guelph tested the DNA of more than 100 samples of shark fin sold at stores and markets in Vancouver, discovering that 71 per cent belonged to species considered at risk of extinction.

Were the bill to pass in Canada, animal-rights lawyer Camille Labchuk says, “it would send a message that culture doesn’t trump cruelty to animals. Historically, cultural practices that may be extremely painful to animals have always won out. But I think we’re starting to see that shift.”

That cultural precedent is perhaps what has both hindered this bill, and what makes it so appropriate and significant today. Although we consider our cultural diversity and freedoms to be of great importance in Canada, there is an ethical line we are less likely to cross; our ban on shark finning in Canadian waters exemplifies just that. But to continue to finance the cruel shark-fin trade elsewhere does not fit within modern Canadian standards for the treatment of animals.

Support for the traditional dish seems to be waning, even in China. In 2013, the Chinese government announced it would stop serving shark-fin soup at official functions. In 2006, then NBA basketball player Yao Ming pledged to stop eating shark fin, later launching a campaign urging others to do the same. In Canada, a poll done by Mustel Group in 2011 reportedly found that 77 per cent of B.C. residents of Chinese ancestry were against the importation of shark fin into the country.

The federal government must join the handful of Canadian municipalities, and 12 U.S. states, in banning shark-fin imports. Now.

Globe editorial: To stop the poaching of endangered species, kill the demand
October 8, 2018 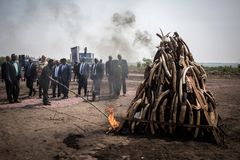 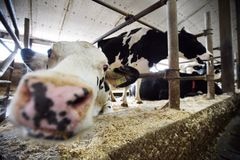 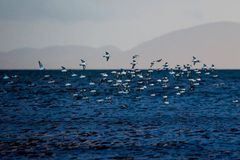 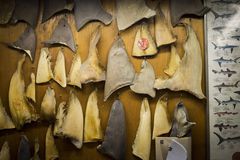