When a new piece of military technology is lost, it gets people’s attention, particularly among sailors and aviators. The technology’s novelty and its usually impressive performance tend to lend tremendous confidence to the crews that fly them.

That had been happening with the new Cyclone helicopter built by Sikorsky, a subsidiary company of Lockheed Martin. The long-overdue replacement for the old Sikorsky Sea King was something of an unknown commodity when the notoriously tight-pursed Canadian government selected it. I remember that, as the only naval officer on the board that wrote the purchase’s “statement of requirements,” we were left hoping for an aircraft with at least equal capabilities to the Sea Kings.

But we were delighted by the choice of the H-92, the naval version of Sikorsky’s civil aviation S-92 – a brand-new product that was quickly snapping up contracts, with 300 in service by 2018. Since then, several Cyclones had been deployed on operations at sea with Royal Canadian Navy frigates. The first returned triumphantly to Halifax on board HMCS Ville de Québec, on Jan. 29, 2019, to glowing reviews from crews.

But on April 29, a Cyclone crashed into the Ionian Sea in full view of the crew of its home base, HMCS Fredericton. Six members of the Canadian Armed Forces were killed. The reaction at the scene was described as “horrific” and “a gut-punch.” Having witnessed two helicopter crashes during my time on sea duty, I can personally attest to the pain of witnessing such calamities.

There was growing dread within Canadian military circles that the fly-by-wire control system – an increasingly common system by which computers allow for smooth and efficient translation of human intention into effective mechanical response, and which saves weight and improves aircraft fuel efficiency – was a potential key point for critical failure. The Cyclone and its civil aviation cousin were the first rotary-wing aircraft to use a fly-by-wire system for pilot control of the aircraft, and if that had fundamental flaws, disaster would have undoubtedly ensued.

But the June interim report by the military’s Directorate of Flight Safety determined the crash wasn’t caused by the fly-by-wire control system, but another computer-directed system designed to assist the crew in managing the huge amounts of tactical information being generated by the Cyclone’s new sensors and being received from nearby ships and aircraft.

This flight-management system was intended to keep the aircraft safe from accidents, such as straying outside of assigned patrol areas, or potential shootdown by friendly forces when confusion about identity arises in a pitched scenario; tragically, a low-altitude, high-speed conflict between it and the control system rendered the helicopter uncontrollable.

The critical lesson for military observers is that being the first to use new technology always comes with risks, regardless of the initial reviews. The euphoria over a new level of performance and professional credibility must be tempered with the kind of caution that can only come from long experience and careful appreciation of the past.

This has all happened before, after all: Between November, 1967, and November, 1972, five brand-new Canadian Sea King helicopters were lost, leading to the deaths of five crew members. The causes were pilot error in two cases, and mechanical failure in three.

Five helicopters lost in five years is not a stellar track record for safety by any measure, but it was clear to the military’s senior leadership that the Sea King represented a quantum leap in capability, and corrective measures were put in place to mitigate the risk.

Ten more Sea Kings crashed during the 50-year record of its service, killing two more service members; still, that aircraft was able to log hundreds of thousands of hours on military, humanitarian-assistance and joint-force support missions.

The risk can produce awful tragedy, but this was always understood and accepted by the Canadian Armed Forces and its members, because the gains were eventually seen to broadly outweigh the losses. As Lieutenant-General Al Meinzinger, the commander of the Royal Canadian Air Force, said himself: “There will always be risks in flight operations.”

The Cyclone’s risks will also eventually become normalized. Corrective measures have already been taken, and remedial training for aircrew is well under way. The Cyclone flies over my home on its way to and from the helicopter base at Shearwater in Nova Scotia – and I do not worry about one falling from the sky any time soon. 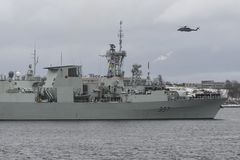 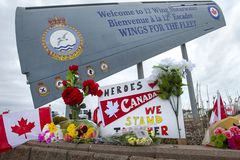 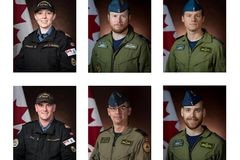