Jeremy Kinsman is a former Canadian ambassador and a distinguished fellow of the Canadian International Council.

According to Freedom House, the non-governmental organization co-founded by Eleanor Roosevelt, the world is in a “prolonged democracy recession” – by far the worst global score since it first started issuing its annual democracy indexes in 2006.

Little wonder, perhaps. In Myanmar, a venal military junta has seized full power again. In Syria, the tyranny of the al-Assad family celebrates its 50th anniversary. In China, the government is working to extinguish the Uyghurs.

The causes of democracy’s retreat are manifold, and they include the discouraging withdrawal of the U.S. during Donald Trump’s presidency. But now, with Joe Biden in the White House, the U.S. is hoping to re-establish itself as democracy’s leader by hosting a summit of democracies.

But democracy can’t simply be exported, and each country’s trajectory is different. Successful democracies can inspire others, but too often, major and established democracies fail to understand what really makes a societal transition succeed: a rich and supported civil society.

In the euphoric first years after the Cold War, leaders assumed that countries emerging from totalitarian conditions needed simply to imitate and adapt our democratic institutions and practices. But countries need beliefs and models that are authentically their own – culturally and historically – because the democratic process is largely behavioural, not institutional. As Carnegie legal scholar Thomas Carothers has written, “It’s not about courts and statutes, but what’s in citizens’ heads.”

When the Czech Republic’s playwright president Vaclav Havel came to Moscow in 1995 to celebrate the 50th anniversary of the end of the Second World War, I remember him being skeptical about Russia’s democratic revolution. I told him something encouraging, but he replied, simply: “60 years.” I was jarred by his response. It came from a book Mr. Havel read by German sociologist Ralf Dahrendorf, who predicted that a democratic transition could lay down the foundations of new political system in six months, but that it would take six years to change the country’s legal system, its economy and institutions – and then 60 years for the people’s mindsets to change.

In his memoir A Promised Land, former U.S. president Barack Obama wrote that Mr. Havel would similarly warn him of “the curse of people’s high expectations. Because it means they are also easily disappointed.”

Such a long diagnosis is surely disappointing. But existing democracies could support a faster track by consistently defending human rights, the prerequisites to democratic transitions. The French government makes such a distinction, preferring to give vigorous support to human rights defence instead of efforts to promote democracy, which they consider too often tainted by geopolitical interests and conflated with market economics.

The crucial incubator for both human rights and democracy is a vibrant civil society where citizens learn to reconcile their own “agency” and the need to compromise. I remember that several years ago, on a reporting trip to Cuba, I was invited by the secretly supportive Cardinal Jaime Ortega to visit the church’s start-up daycare centres, where young women experienced running something of great importance to their lives for the first time. Similarly, in South Africa, sports clubs were key hatcheries for the anti-apartheid movement. And when Tunisians took to the streets in 2011 and launched the Arab Spring against authoritarian leaders, they did so with the advantage of a civil society bolstered by decades of activity – trade unions, professional associations, a moderately free press, and emancipated Tunisian women. When Egyptians tried to do the same with the Tahrir Square revolution, they ultimately failed because the many competing liberal reformers couldn’t compromise with each other to enable a democratic alliance, allowing the Muslim Brotherhood to rise and impose an uncompromising majoritarian government before collapsing.

These examples suggest that those expecting to administer a new aspiring democracy without such civil-society strengths face a handicap.

In a spirit of mutual learning, democracies should provide substantive support to civil-society institutions wherever possible by channelling aid directly to local non-governmental organizations to encourage capacity building and agency,

But history shows that non-violent protest usually prevails in the struggle for fairness and justice. All free people have a stake in the outcomes. In 1989, Mr. Havel wrote to the PEN International Congress in Montreal about “the indivisibility of human fate on this planet,” saying that “our freedom is indivisible as well...we all believe in the same basic values, while sharing common fears about the threats that are hanging over humanity today.” His words ring ever truer today. 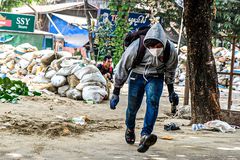 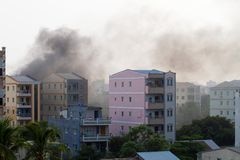 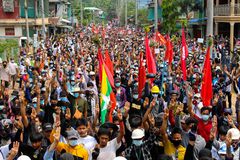