I have watched exactly one full tennis match: Serena Williams versus Naomi Osaka, last summer. I was prepared for a couple of hours. I had snacks. But I didn’t get time to settle in, because the game didn’t last even 90 minutes.

Apparently the whole match was unusual – from the short length, to Serena’s loss to a much less experienced player, to the part where she yelled at the umpire. But when the post-game discourse became about whether or not her actions were acceptable, my expectations were fulfilled.

I’m here for Serena because she somehow glamorizes a tired, mundane narrative: that of someone clearly talented being forced to slog through a whole bunch of societal crap about class, sex and race. My appreciation is rooted in her sense of self, and her seeming ability to shut out the noise and live on what seem to be entirely her own terms, happily.

I first stepped on the Williams sisters’ bandwagon after reading a 2012 profile of Venus and Serena by the always-sharp writer John Jeremiah Sullivan. I’d gathered that they were black pioneers in a traditionally white sport, and that not everyone liked it, but that was my first time learning the specifics. Eleven years after the fact, I was mad at the crowd that booed and taunted them when Venus had to forfeit a game in 2001.

I read a bit more of their back story, and was also belatedly angry about the digs about their hair and clothing they put up with as teenagers, even as they racked up wins. Since then, I’ve paid better attention (usually by reading the site, Lainey Gossip), and as Serena has pulled ahead in the tennis world, I’ve been mad in real time as she’s been more consistently demeaned.

In 2015, people were actually upset when she won a Sports Illustrated cover over a horse. The digs at her body are endless. That same year, an entire New York Times article centered on how other high-ranking female players just couldn’t bring themselves to look less feminine – in other words, look like Serena, even if it meant losing to her.

That story quoted Caroline Wozniacki, but didn’t mention that three years earlier she had padded her boobs and bum to mock Serena. Also interviewed was Maria Sharapova, who dismissed the need for “muscles” to play tennis. I wonder if they’ve reconsidered since, because she’s beaten them far more times than they’ve beaten her.

The jealousy and prejudice are old and heavy. For some, they’d be crushing – but despite it all, Serena has never been shy about her skills, or her wins. In 2016, she made her feelings especially clear when she showed up in a Beyoncé video, gorgeous and very fit, dancing with joy to a song about not being sorry.

Meanwhile, the fact of her superiority has become increasingly undeniable. In the male-dominated world of professional sport, she’s lost her gender qualifier. Male tennis players are mostly accepting it with grace, and last year Roger Federer said Serena just might be the best tennis player, ever.

Andy Murray, who regularly sticks up for female athletes, once pointed out that both Williams sisters have more Olympic medals than he does. Serena will be playing mixed doubles at Wimbledon with him – maybe that will be the second tennis match I watch.

Or maybe I’ll just take another look at one of my favourite pictures of her from 2018, after a black catsuit she wore at the French Open to deal with post-birth blood clots was banned for not showing “respect for the game.”

Once again, joyful and above the fray, she showed up for the next tournament wearing fishnet tights for medical compression – underneath a purple tutu.

Opinion
Milos Raonic may present a stoic facade at Wimbledon, but it’s not entirely impenetrable
July 4, 2019 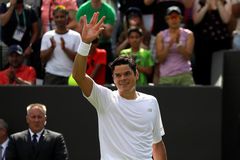 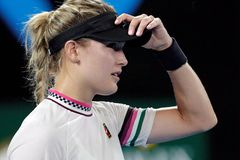 Ashleigh Barty opens Wimbledon with a victory on the No. 1 Court
July 2, 2019 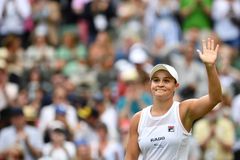