Joe Biden wants to bring calm to the country. Circumstances are making that all but impossible.

House Speaker Nancy Pelosi’s decision to push ahead with another impeachment of Donald Trump, while understandable, serves to inflame divisions. So does Twitter’s decision, also understandable, to ban the President from using the platform while outrageous Chinese Twitter accounts celebrating the genocide of the Uyghurs remain standing.

The Democrats should know that an over-partisan, emotional response to the storming of the Capitol risks a backlash, inflaming Mr. Trump’s heathen infantry, provoking more upheaval.

If instead of a one-sided political prosecution, they proceed with a rational law-based deliberation, what happened on Jan. 6 can turn out to be a cathartic moment for the country, one from which a big turn is possible, one that declaws Mr. Trump and his forces, giving unity a chance.

The degree of Mr. Trump’s culpability needs to be properly established. One proposal making the rounds is for a major bipartisan inquiry into the insurrection, establishing through texts, e-mails and under-oath testimony what Mr. Trump did and when he did it. The inquiry could be held over six months. The Department of Justice could then proceed, if warranted, with charges against him.

The move to have a snap impeachment is freighted with all kinds of negatives. What Democratic Congressman Ted Lieu says may well be true. “If the impeachment provision of the Constitution is not invoked for this situation, what the hell is it for?” But given the timelines, a full-blown impeachment can’t be completed by Jan. 20. One idea to get around this is to have the House vote for impeachment but not have the article forwarded to the Senate for a trial until months later, thereby avoiding Mr. Biden’s first hundred days being overshadowed by the controversy.

But it’s not known whether a private citizen can be impeached. The question might have to be settled in the Supreme Court. Moreover, months down the line, tempers will have cooled. There is little likelihood the Democrats would get the 17 Republican votes necessary for a conviction. Like the first impeachment of Mr. Trump, it would go down as a one-sided rebuke. As stated by Ed Rendell, the former Democratic governor of Pennsylvania, impeachment is only effective if bipartisan.

The other hope of the Democrats, that of Vice-President Mike Pence invoking the 25th Amendment to remove Mr. Trump from office for being unfit, is a pipe dream. Mr. Pence doesn’t want to ruin his political future in the party. The move wouldn’t get the required support of the Trump cabinet anyway.

Mr. Biden can’t been seen to be going easy on Mr. Trump. He doesn’t want a repeat of what happened to president Gerald Ford who, in an attempt at political healing, pardoned Richard Nixon. The pardon was widely condemned and may have cost him the election in 1976. But nor can Mr. Biden deepen the brutal political divide in the country by moving against Mr. Trump and his supporters in a way that has them up in arms well into his governance.

Republicans argue there is no conclusive evidence that Mr. Trump intended on having his supporters storm the Capitol. They are denouncing Twitter’s elimination of his primary communications tool as an overreaction. “Silencing people, not to mention the President of the U.S., is what happens in China, not our country,” tweeted former United Nations ambassador Nikki Haley.

More insurrections are well possible. University of Maryland computer science professor Jen Golbeck, who is funded by the intelligence community to study radical groups, conspiracy theories, and online harassment, maintains the rebels are nowhere near being finished and that authorities better be prepared this time.

It was patently obvious that the Jan. 6 assault was going to take place, she said. “It’s not like you had to go on the dark web. The stuff was on Twitter. The plans were clear. People were coming out and saying, ‘We will storm the Capitol.’”

It’s another reason why a bipartisan commission of inquiry must be appointed. There are too may critical questions to be answered and too much at stake to do otherwise. 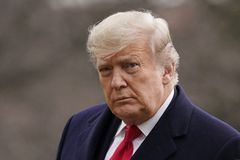 Explainer
When does Trump’s second impeachment trial begin? Latest updates on what the Senate could do next
January 22, 2021 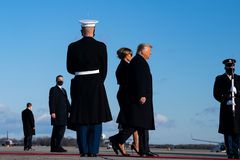