Dale Smith is a journalist in the Parliamentary Press Gallery and author of The Unbroken Machine: Canada’s Democracy in Action.

Apparently, in a pandemic, you can forgo democratic norms, in spite of all promises to respect them.

Last week, Prime Minister Justin Trudeau announced the by-election dates for Toronto Centre and York Centre a mere day after he unilaterally appointed candidates Marci Ien and Ya’ara Saks, respectively, to run in those ridings. In doing so, he trampled over the grassroots members of the riding associations who would ordinarily make the decision.

Canadians' relative lack of civic literacy means that we often underestimate the importance of grassroots democracy, which is often expressed here through joining a riding association and taking part in both candidate nominations and policy resolutions. These can be some of the most important and most fundamental parts of how our system works, but they have been slowly subverted by the centralization of power within the structures of parties, which have become more leader-focused. The cynical take – that a candidate is chosen by the party after doing favours for the leader – was once the exception. There is a definite sense that it is now becoming the rule.

According to the Samara Centre for Democracy’s report Party Favours: How Federal Election Candidates are Chosen, only 17 per cent of the 6,600 nominations they studied were decided through a competitive race (a figure I suspect was perhaps a bit generous, since Samara believed some of the NDP’s spin around their 2011 Quebec nominations). More than 2,500 candidates were appointed with no nomination process at all; of the remaining nomination races, 70 per cent of those had only a single person running. The dire study also outlined how parties manipulate races by not standardizing start and cut-off dates and by disqualifying would-be candidates without meaningful transparency.

In the case of the two upcoming by-elections, both ridings had other declared candidates for the nomination when the incumbent MPs declared their intentions to resign. In Toronto Centre, two other potential candidates had already begun organizing and calling members in the riding to build support, whereas Ms. Ien only declared her candidacy hours before she was appointed as the person who would be on the ballot – a sign that this had been in the works for some time.

The Liberal Party’s constitution does allow the leader to appoint candidates without a nomination race, and previous leaders have used the powers to name more women – though, as many parties have done in the past, many of those candidates wound up being nominated in ridings where the candidate had a marginal chance of being elected as MP. The Liberals also have a history of parachuting “star” candidates into the safe seat of Toronto Centre – Bob Rae, Chrystia Freeland, Bill Morneau and now Ms. Ien – which is corrosive for the ability of the local riding association to exercise their rights, not to mention have a measure of accountability.

In fact, when it comes to a seat that is considered safe for a party, an open, transparent and competitive nomination race is actually even more vital, since that might be the only time that the riding can have any accountability for the candidate or incumbent, given that it is unlikely to change party hands. Accountability is at the heart of our system, and to see parties short-circuiting the process for the sake of expediency means that it gets harder for those grassroots members to feel meaningfully connected to the process.

Parachuting or simply appointing candidates also does a disservice to the candidates themselves. Nomination races are often described as the hardest part of running for office – harder than the general election itself – and they can be crucial preparation for someone making a run at public life, particularly when it comes to organizing and campaigning. Mr. Morneau is a good example of someone whose discomfort with partisan politics and inability to communicate to the public were not mitigated through the process of a nomination race; those issues dogged and hindered him as an MP and cabinet minister, as a result.

Then there’s the added complication of Mr. Trudeau’s hypocrisy. As far back as 2013, he had pledged that his Liberal Party would be one that subscribed to a policy of open nominations. But in the lead-up to the 2019 election, he allowed incumbent nominees to be protected from any upstarts. This latest act of outright appointment breaks his previous commitment entirely – and that’s a recipe for cynicism among voters. 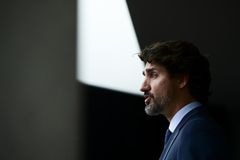 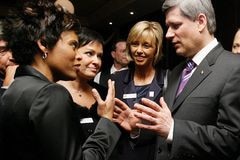