Colleen Cassady St. Clair is a professor of biological sciences at the University of Alberta and supervisor of the Edmonton Urban Coyote Project.

Reports of bold coyotes in urban areas are increasing across the continent, and attacks on people in two Canadian cities have given new urgency to resolving the human-coyote conflict. Unfortunately, 30 people have been bitten by coyotes in Vancouver’s Stanley Park over the past eight months, with another eight in suburban Calgary in the past month alone. Wildlife officials euthanized the offending animals to abate immediate risks, but what should be done to address the trajectory of ever-bolder and more abundant urban coyotes? Also, do the recent attacks have anything to do with the pandemic?

The data we have gathered over the past 12 years at the Edmonton Urban Coyote Project, as well as other expert studies, suggests that cities need to be pro-active and adaptive, using multiple tools tailored to specific situations. Rigid, one-dimensional approaches are impractical and divisive, whether they promote persecution (e.g., urban coyotes should be extensively culled) or passive co-existence (e.g., humans should be more tolerant and protect their pets).

Extensive culling of populations can backfire because frequent social disruption and the absence of dominant pairs cause coyotes to reproduce at younger ages with larger litters. In urban areas, pup survival is increased by an abundance of human-associated resources such as garbage, pet food, compost, fruit trees and bird seed, as well as prey adapted to urban life – mice, rabbits, even deer. Young, naive animals of many species, including coyotes, are more prone to conflict with people, along with animals whose diets feature human-processed food. Young or unhealthy coyotes that congregate around human food sources are more likely to carry zoonotic diseases, including the tapeworm Echinococcus multilocularis, which can infect people and be fatal without treatment.

Targeted removal of specific, problem individuals can quickly reduce imminent threats for people and pets. Lethal management is controversial but acceptable to many people when it is used sparingly for specific situations where pro-active measures have failed. The most important of these measures is to prevent feeding – intentional or inadvertent – with education and bylaws.

Feeding teaches animals to associate people with food, removing their intrinsic fear. Giving food to small animals increases their numbers, which can lead to a subsequent increase in predator populations and defence of territories. Such food conditioning is almost impossible to reverse and leads to conflict, which is the reason national parks levy fines of as much as $25,000 for feeding wildlife. Both citizens and civic authorities need to take this problem much more seriously in urban areas and recognize the longer-term effects of seemingly harmless but growing practices such as scattering pet food or bird seed in public parks.

Beyond identifying and securing food attractants, an important pro-active tool for co-existence with coyotes is hazing. Similar to aversive conditioning, a process for teaching animals to mistrust and fear people in order to lessen opportunities for close contact and conflict, hazing has been extensively and successfully used for grizzly bears and elk in the mountain parks of Alberta for the past two decades. It consists of identifying animals in no-go zones, where they should not be tolerated (such as playgrounds during the day), and consistently subjecting them to negative experiences with people to increase their wariness and reduce their use of those areas.

Calgary and Edmonton are pioneering one version of this technique with wildlife professionals who use service dogs to find coyotes that have been reported in residential areas, then shooting at the animals with chalk balls fired from paintball guns. By instilling fear with this high-intensity hazing, animals are more likely to sensitize, rather than habituate, to the proximity of people. Residents can participate in hazing too: They cannot legally fire projectiles in cities, even from slingshots, but they can chase coyotes that are active during the day while making aggressive noises and throwing tennis balls or similar objects at them.

The pandemic appears to have affected the trajectory of human-coyote conflict in cities. In Edmonton, COVID-19 quadrupled human visits to some urban parks, likely with a similar increase in the number of people who feed wildlife. Over the past year, pandemic restrictions also substantially reduced coyote-vehicle collisions, undoubtedly increasing population density. These factors and others likely increased the value of territories, competition among animals and associated aggression, which may spill over almost inadvertently to people.

Whatever the cause, the solution will not be found with extreme positions on coyote management – to massively cull the population or expect to co-exist indefinitely with a passive approach. I hope more citizens and civic officials will actively support urban wildlife with pro-active approaches that are ecologically responsible, socially defensible and sustainable. 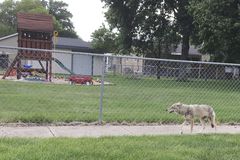 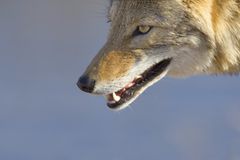 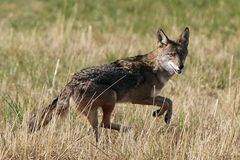