The scandal that is centred on SNC-Lavalin sure looks like a gusher. The engineering company is one of the most important enterprises in Canada. In the past, it has also allegedly greased the palms of foreign fixers to the tune of more than $150-million in bribes. Now the question is whether the company should face a criminal trial that could destroy it, or more benign treatment involving fines and pledges to do better.

None of this is helpful during an election year. And it makes a mockery of Justin Trudeau’s pledges of transparency. What he has discovered is that his government is like any other. It vows to be transparent, until it’s not.

The scandal cuts to the core of the Trudeau brand in other ways. Nothing could have symbolized his hopes for reconciliation more effectively than his appointment of an Indigenous woman, Jody Wilson-Raybould, as justice minister and attorney-general. She was a walking billboard for his lofty ambitions, and one of his brightest stars. Now the two are locked in a war of credibility – one that he is losing. So far, she hasn’t said a word about what happened. But she doesn’t have to. Every time Mr. Trudeau has spoken on the issue, he’s done himself more damage.

Until more facts emerge – and they will – what we do know already is troubling enough.

The central question in the case is whether she was pressed to do anything contrary to law or ethics.

And even if she wasn’t, some people think there’s something awfully fishy about the remediation agreement. The legislation to enact it was buried deep in Mr. Trudeau’s omnibus budget last year – just in time for the SNC-Lavalin case.

The country is divided in two camps over the fate of the company. Many people in English-speaking Canada are not sympathetic. They see crony capitalism at work. But Quebeckers think the company has paid enough for its alleged misdeeds. Most people there, including the thinking class, believe the case should be settled by remediation. “If SNC is condemned the consequences will be fatal,” wrote columnist Michel Girard in Le Journal de Montréal. And the common sentiment in Quebec is why make engineers in Canada pay for the sins of departed executives who allegedly handed out bribes in Libya years ago?

What all this boils down to is that the then-justice minister may have been pressed to make a legal decision of enormous consequence for reasons that are essentially political. That may explain why Mr. Trudeau demoted his star cabinet minister to veterans affairs – a position generally reserved for novices and others low down in the pecking order. She allegedly didn’t do what the PMO wanted with the SNC-Lavalin case, and so Mr. Trudeau essentially fired her and replaced her with somebody more amenable. That person is David Lametti, who has no attractive identity credentials, but seems to have a more benign view about the fate of SNC-Lavalin.

In retrospect, the demotion of Ms. Wilson-Raybould is one of the worst decisions that Mr. Trudeau ever made. It made her into a martyr and the Prime Minister’s people into bullies. Their damage-control efforts this week have looked silly, partisan, and downright juvenile. For example, the Liberals agreed to hold hearings on the SNC-Lavalin affair – but then prevented key players from being invited, including the justice minister or anyone from the Prime Minister’s Office.

Meanwhile, the Indigenous community is furious. They are using the shoddy treatment of Ms. Wilson-Raybould to pummel the PM hard. "Racist and sexist,” the Union of B.C. Indian Chiefs protested. Ms. Wilson-Raybould’s father, Bill Wilson, who is a Kwakwaka’wakw hereditary chief, called her treatment “a bloody insult to her and Indians across the country.”

As of now, Ms. Raybould controls the stage. Everyone is waiting for her to offer her version of events. Meantime, one of Canada’s biggest and most important companies is twisting in the wind. SNC-Lavalin may end up paying the highest price for this affair, because the optics of pushing for remediation might simply have become too bad for the government to pursue. Mr. Trudeau is also a big loser. His government has been shown to be as politically driven and fallible as any other. I doubt that the public is very shocked. We learned to be cynical a long time ago. ​ 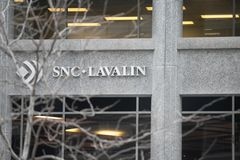 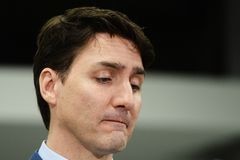 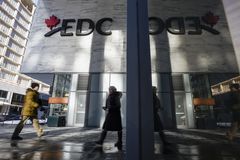