There has to be a recession in the United States soon, right? Many observers have been saying this for years. It still hasn’t happened. But the doomsayers – heated recession speculation has gripped Washington for the past week – are at it again.

They contend that after 11 straight years of economic expansion, the big tumble is inevitable. The question du jour is will it be in time, as the Democrats hope, to destroy Donald Trump’s chances of re-election?

In surveys, a great many economists appear to think a recession is on the way. But intriguingly, the betting is that it’s more likely to hit in the year after the election.

The Trump team is trying, without much success, to kill the talk of a big downturn lest it become a self-fulfilling prophecy. Larry Kudlow, Mr. Trump’s top economic adviser who does not hold an economics degree, talks of the need for optimism, insisting no recession is forthcoming. He cites low interest rates, low oil prices, consumer confidence, which counters the grim news from bond markets, a sputtering global economy, China’s big slowdown and Europe’s lethargy.

The Kudlow track record is a tad shy of magnificent. Just before the giant financial collapse of 2008, he opined that “There’s no recession coming … It’s not going to happen … The Bush boom is alive and well.”

To boost confidence the White House also sent out trade adviser Peter Navarro, the China-loathing protectionist who is regarded as a whack job by most everyone in town except Mr. Trump. To a suggestion that tariffs on China were hurting Americans, Mr. Navarro said, “That dog won’t hunt.” In fact there’s gobs of evidence the tariffs are hounding Americans, particularly farmers.

Mr. Trump himself has been up in arms at all the negativity, again directing his bitterness at journalists. “The Fake News Media is doing everything they can to crash the economy because they think that will be bad for me and my re-election,” he tweeted. “We’re doing tremendously well. Our consumers are rich. I gave a tremendous tax cut and they’re loaded up with money.”

His view of no imminent recession is supported by several major economic institutions such as the International Monetary Fund. They are predicting growth next year in the 2-per-cent range. They see no reason for the alarmist talk.

Working for Mr. Trump is a strong rate of consumer spending, a good labour productivity rate, stable prices, higher wages, near-record-low unemployment and a raft of other positive indicators.

The economic threat to the United States is more from the gathering storm abroad, one that has been abetted by Mr. Trump’s disruptive trade policies, than at home.

But the Trump team will likely take precautionary measures to ward off the threat of a big downturn before the election. It is reportedly already preparing contingency policies such as a payroll tax cut and a rollback on tariffs.

On Monday, Mr. Trump demanded a central-bank rate cut to bolster the economy, blasting Federal Reserve chairman Jerome Powell for having a “horrendous lack of vision.”

In a sign that he may take a softer line on China, he has delayed imposing tariffs on some Chinese goods. He’s also given a temporary reprieve to telecom giant Huawei, allowing U.S. companies to continue selling to it for another three months.

The President’s mood, however, has been sour. If reports from insiders are to be believed, he’s been in near meltdown mode in the past week, ranting and raving at suggestions he has not done an outstanding job on the economy and at polls, including even a Fox News poll showing his support numbers declining.

A strong economy isn’t always necessary for re-election. Barack Obama won re-election against Mitt Romney in 2012 with a down economy. And you can lose with a high-performance economy, as the Democrats did in the year 2000.

But in Mr. Trump’s case, it’s critical. It’s his one big selling card. He gets positive poll ratings for his economic management but failing grades on pretty much everything else, including big issues such as immigration, health care, gun violence and climate change.

Democrats and their media allies talking up recession is not surprising as it almost certainly would kill Mr. Trump’s chances of a re-election. But they’re engaging in a lot of wishful thinking. The speculation is overheated. If there is a recession, it’s not likely to come before next year’s election campaign. 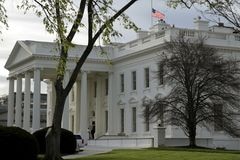 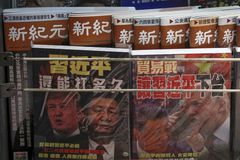 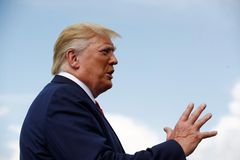