Niall Ferguson
Contributed to The Globe and Mail
Published April 27, 2020 Updated April 27, 2020
For Subscribers
Comments
Text Size
Please log in to listen to this story. Also available in French and Mandarin. Log In Create Free Account

Niall Ferguson is the Milbank Family senior fellow at the Hoover Institution, Stanford, and managing director of Greenmantle.

Everyone knows The Great Wave, the most famous of all Japanese works of art, by the 19th-century artist Hokusai. Look closely and you will see that it towers above the cowering oarsmen in three wooden fishing boats. These days, we are all a bit like those Japanese fishermen, cowering beneath a giant wave. The wave in question is the COVID-19 pandemic.

For the past two months, we have been captivated by wave-like images: graphs depicting the early, exponential growth of infections and deaths, and then the flattening of the curve as we practise physical distancing and implement economic lockdowns.

These graphs were at first generated by the epidemiologists’ models. Now, however, we have the actual numbers of confirmed cases and deaths. They don’t perfectly fit the predicted curves – no model is perfect – but they roughly do.

In most of the worst affected places in the developed world, such as New York, it now seems that the great wave has crested. In terms of new cases, hospitalizations, intubations and deaths, the peak is now behind us.

A number of American states are already moving in the same direction. In Montana, the beautiful and thinly populated state to which I retreated six weeks ago, churches reopened for worship the past weekend and most retail businesses will be able to resume work this week.

So is that it, then? The wave crested; most of us survived; now back to normality? These were the words of the U.S. Vice-President, Mike Pence last week: “We truly do believe, as we move forward, with responsibly beginning to reopen the economy in state after state around the country, that by early June, we could be at a place where this coronavirus epidemic is largely in the past. Americans are going to be able to enjoy a good summer.”

In history, all the great pandemics have come in waves, including the Black Death of bubonic and pneumonic plague in the 14th century and smallpox in the 18th century. The first recorded plague outbreak, in 5th-century BC Athens, had three waves: in 430, 429 and 427-6.

In some cases, the second wave was worse than the first. Take the great influenza of 1918-19. The first recorded outbreak was at a Kansas army base, Camp Funston, in March, 1918. But the global peak of mortality was in the second wave of October and November. A third wave affected some areas of the world in early 1919, principally England and Wales and Australia.

The 1957-58 influenza pandemic hit Hong Kong in mid-April, 1957. It reached the United States in June and produced a surge of deaths among teenagers that fall. But there was a second wave between January and March, 1958. There were further spikes of excess mortality in early 1960 and early 1963.

The main reason to expect a second wave of COVID-19 in 2020 is that we are nowhere near herd immunity anywhere. The only real debate is how far warmer weather is going to dampen the contagion in the northern hemisphere. I have read all the academic papers on this subject and remain unconvinced. We are learning that this virus spreads most rapidly indoors, in confined spaces such as subways, restaurants and hospitals. So summer won’t likely radically reduce the infectiousness of the virus, unless we all move our desks outside.

Alternatively, if weather does matter, then the second wave may come in October, when the weather cools and when most schools and universities attempt to go back to normal.

Now, just think of the political implications of that scenario. A second wave would be the death blow to the happy talk of a “V-shaped” economic recovery. And it would arrive just in time to discourage elderly voters – who lean Republican, remember – from going to vote.

We have all heard far too much in recent weeks about bending the curve, as if there is only one curve. In the history of pandemics, I am afraid to say, there are very few cases of “one and done.” The only questions that remain open are exactly when the second wave will come, how big it will be and if it will be followed by a third.

Look closely at Hokusai’s The Great Wave, which depicts not a tsunami but a rogue wave. The artist is most certainly not implying that, after the great wave breaks, the sea will be a millpond. Until we reach herd immunity or find and distribute a vaccine, the same will be true of COVID-19, alas. 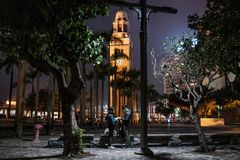 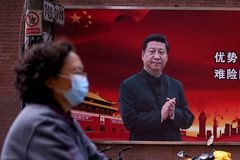