It is anyone’s guess what might have become of Spain after Francisco Franco’s death in 1975 had it not been for King Juan Carlos I. After 36 years under a fascist dictatorship – one that had come to power after a bloody experiment in republicanism that had culminated in an even bloodier civil war – the odds were not in democracy’s favour.

It fell to the then-king to prevent a power struggle between political factions that could have doomed Spanish democracy from the get-go. Juan Carlos – the grandson of King Alfonso XIII, who was deposed in 1931 – was hand-picked by Franco to succeed him, but that fact didn’t stop the king from reaching out to Franco’s enemies all the same.

And there were many of them. Tens of thousands of political opponents, real or perceived, had simply disappeared during Franco’s reign. He had run Spain as a military dictatorship that, thanks to the complicity of the Catholic Church and foreign banks, beat back the Communists, modernized the economy, and entrenched the bourgeoisie. After his death, many on the left sought revenge.

Yet, under Juan Carlos’s guiding hand, Spain did not fall back into its old patterns. It might have, had Juan Carlos not gone on television to implore individual soldiers to disobey the generals during an attempted military coup in 1981 and put down their arms.

This is the image of Juan Carlos that most Spaniards, outside of the fiercely anti-monarchist Catalonian and Basque regions, long retained. Much like Queen Elizabeth, his distant cousin, Juan Carlos served as a unifying figure who stood above politics. As the country’s official head of state, he embodied the 1978 Constitution that established post-Franco Spain as one of Europe’s most robust liberal democracies.

The gratitude toward Juan Carlos for his role during the decade following Franco’s death makes the disgrace that has now befallen the 82-year-old seem all the more Shakespearean. After abdicating in 2014 in favour of his son Felipe VI, the palace announced on Tuesday that Juan Carlos had left the country and cut all ties with his family in the interest of protecting the integrity of the Spanish Crown. Queen Sofia, his wife of almost six decades, did, uh-hum, not go with him.

Juan Carlos’s downfall began in 2012, when – with Spain still recovering from its worst-ever recession – he broke his hip while elephant hunting in Botswana. Details of the safari leaked out: The trip, on which Juan Carlos was accompanied by his German mistress rather than his wife, had been paid for by a Middle Eastern business tycoon. Spaniards reacted angrily at the King’s apparent let-them-eat-cake attitude.

The now ex-mistress appears to have been the source for subsequent reports on the origins of Juan Carlos’s personal fortune, which had long been a mystery. Investigations were opened this year by Swiss and Spanish authorities into whether the former king had accepted commissions on a 2008 high-speed rail contract in Saudi Arabia awarded to Spanish-based construction companies.

El Pais, the Madrid-based newspaper of record, reported that Juan Carlos’s decision to leave was cemented at a Sunday dinner with his son, 52-year-old Felipe VI. Prime Minister Pedro Sanchez’s government had been party to negotiations on the former king’s fate that began in mid-July after a Spanish court cleared the way for a formal investigation into Juan Carlos’s finances, but the formal announcement of his departure came as a shock.

Felipe VI, who studied at Lakefield College School near Peterborough, Ont., has renounced any inheritance from his father to insulate the Crown from the scandal. The tactic may not work. As the country faces an even more devastating recession than the last one, and years of renewed economic hardship, the monarchy strikes more and more Spaniards as an unaffordable and unnecessary luxury.

Mr. Sanchez, a Socialist, has quietly and publicly stood by the monarchy. But his deputy prime minister, Pablo Iglesias, the head of the far-left Unidos Podemos party that this year joined a governing coalition with the Socialists, tweeted that Juan Carlos’s flight into exile represented “an attitude unworthy of an ex-head of state and leaves the monarchy in a compromised position. Out of respect for the Spanish population and democracy, Juan Carlos should answer for his actions in Spain before his people.”

This is not how anyone wanted Juan Carlos to end up. The once-loved king may not be remembered so fondly. 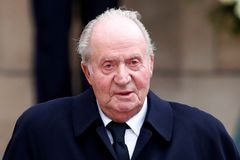 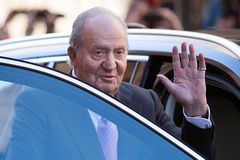