James Trottier is a fellow of the Canadian Global Affairs Institute and a former career Canadian diplomat who directed the political/economic programs at the Canadian Embassies in South Korea, Thailand and the Philippines.

U.S. President Donald Trump’s announcement that he was cancelling the summit with North Korean leader Kim Jong-un scheduled for June 12 was a sudden but not entirely unexpected denouement. It was agreed to impulsively by Mr. Trump in March, a meeting for which the President was woefully unprepared but in which he had invested a huge amount of political capital. Now, instead of being one of the few highlights of a dismal Trump foreign policy record, the summit is just one more failed venture.

The cancellation was precipitated by North Korea’s verbal assaults against key figures in the Trump administration and a belated recognition by the White House that North Korea was not prepared to agree to unilateral denuclearization. This pierced the bubble of illusion surrounding the White House.

No credible expert on North Korea believes that it is prepared to unilaterally denuclearize, but the White House had been putting this forward as the only acceptable outcome of the summit and building up expectations that Mr. Trump would achieve this, setting up the U.S. President for an epic failure or, at best, a major disappointment.

The messaging by North Korea together with the meeting on May 22 between Mr. Trump and South Korean President Moon Jae-in were wake-up calls for the President. Mr. Moon explained what was achievable for the June 12 summit and that the White House’s idea of unilateral denuclearization by North Korea was unrealistic. Mr. Trump gave some indication after his meeting with Mr. Moon that he reluctantly understood this. The combination of the North Korean comments and the cautionary note by Mr. Moon was too much for Mr. Trump and pushed him to pull the plug.

The critical North Korean comments were right out of the country’s playbook and meant to keep opponents off balance and gain leverage. But they also reflected North Korean unease about U.S. intentions.

Mr. Kim believed he had leverage over Mr. Trump because the latter has been so publicly eager for the meeting and had been doing a sort of premature victory lap, talking about a Nobel Prize and preparing a commemorative coin for the summit. It appeared to Mr. Kim that this was as important or more important for Mr. Trump than it was for him, despite the fact that such a meeting has been a long-term North Korean foreign policy objective.

North Korea wanted to express its objection to the U.S. preoccupation with North Korean unilateral denuclearization and change unrealistic expectations.

In fact, both Mr. Kim and Mr. Trump would have liked the summit to have happened – but on their own terms, which, in the end, proved incompatible. For Mr. Kim, a summit would have been a foreign policy triumph and would have further enhanced his status and legitimacy after the initial boost provided by Mr. Trump’s agreement to the meeting.

The pressure for a successful summit was greater on Mr. Trump. He had built it up to such an extent that he risked serious embarrassment unless he was able to come out of it with a credible agreement. But with the belated realization by the White House in recent days that the North Koreans were not about to denuclearize, the United States faced the reality of an agreement which would lack concrete steps to denuclearization and, worse, deliver less than the renounced Iran agreement. This would have been an impossible sell beyond Mr. Trump’s electoral base.

In the short-term, Mr. Trump will try to double down on sanctions, but that will only work with China’s co-operation, and there are indications that the Chinese are already easing up on sanctions.

In the longer term, cancellation of the summit seems the more prudent course, rather than risk a failure. In his letter to Mr. Kim, Mr. Trump has left the door open for a future meeting, and in later remarks even hinted at the possible resurrection of the June 12 talks. Mr. Moon, who has invested an enormous amount of his political capital in such a meeting and now risks political backlash in South Korea, will do all he can to facilitate such a meeting. Hopefully the channels that have been opened up between the United States and North Korea will remain and will be used productively by officials to search for common ground or, at least, a better understanding of each other’s intentions so if and when the leaders meet, the result is more likely to be constructive rather than destructive. 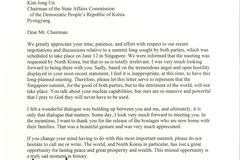 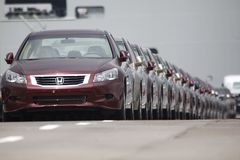 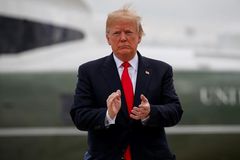