For a U.S. President who has never paid as much as lip service to the separation of powers, Donald Trump’s suggestion that he could have the charges dropped against a top Huawei executive as part of a broader trade deal with China should hardly come as a shock to anyone.

This is, after all, the same President who has faced accusations of obstruction of justice for repeatedly disparaging a U.S. Justice Department investigation into Russian interference in the 2016 election. Tact is not his forte.

Mr. Trump is, not surprisingly, accused of making a mockery of the rule of law once again and jeopardizing the case to have Meng Wanzhou extradited to the United States. Last week, the President said he would “certainly intervene” to have charges stayed against the Huawei chief financial officer if he considered it necessary to avert a potentially devastating trade war with China. Ms. Meng was arrested by Canadian authorities in Vancouver this month and has been released on bail pending the outcome of extradition hearings that could take years.

Foreign Affairs Minister Chrystia Freeland was quick to insist, after Mr. Trump’s comments, that the integrity of the Canadian judicial system will not be sacrificed to appease either the United States or China. But the reality is that Ms. Meng’s arrest has created a whopper of a problem for Prime Minister Justin Trudeau’s government, one that can likely only be resolved through a diplomatic deal between the Trump administration and Beijing.

China’s detention of two Canadians on the suspicion of “endangering national security” is a direct result of what China deems Ms. Meng’s “kidnapping.” There’s no telling where this could lead if China means to make an example of Canada. Mr. Trump would, hence, be doing this country a favour if he intervened to end this mess.

Ms. Meng is accused of committing bank fraud in connection with pre-2016 U.S. sanctions against Iran. The case is hardly banal, since Huawei is closely linked to the Chinese government, and China has been a conduit for equipment and materials previously used by Iran to develop nuclear weapons and ballistic missiles and to enhance its cyberespionage capabilities.

The timing of her arrest could not be worse, given the debate over whether Huawei should be banned from supplying Canadian telecommunications providers with equipment for next-generation 5G wireless systems. Canada will face almost certain retaliation from China if it follows the United States and Australia in doing so, compounding strains in bilateral relations.

The Trudeau government, whose aspirations for a Canada-China free trade deal have gone up in smoke, has been punting on that decision. But if Canada wants to remain on speaking terms with its Five Eyes intelligence partners, Mr. Trudeau appears to have little choice but to say no to Huawei.

Hence, the need to avoid further antagonizing the Chinese government with drawn-out extradition proceedings against Ms. Meng. While the charges against her are serious, a diplomatic deal that sees them dropped would be the most expeditious outcome for everyone.

Nothing in the U.S. Constitution prevents a president from doing such a deal. In 2016, the Obama administration dropped charges and lifted Interpol arrest notices against 14 Iranians outside the U.S. who had been accused of sanctions violations as part of the administration’s deal with Iran to halt that country’s nuclear weapons program. That deal also provided for the U.S. release of seven Iranians, including six Iranian-American citizens, accused or convicted of sanctions violations in exchange for the release of five Americans held in Iran.

Unlike Mr. Trump, however, Barack Obama did not blabber in public before reaching a deal with Iran. But a 2017 Politico investigation into the origin of the Iran nuclear deal found that, beginning in 2014, “Obama administration officials began slow-walking some significant investigations and prosecutions of Iran procurement networks operating in the U.S.” as then secretary of state John Kerry embarked on negotiations with Tehran on the nuclear deal.

When the U.S. charges were dropped, Mr. Obama called the move a “one-time gesture to Iran given the unique opportunity offered by this moment and the larger circumstances at play.”

There are also larger circumstances at play now, with the Trump administration imposing a March 1 deadline on negotiations with China for a deal that would, among other things, get China to crack down on intellectual property theft and lift requirements on U.S. firms operating in China to share their technology. No one should be surprised if Ms. Meng’s name comes up as part of those talks. 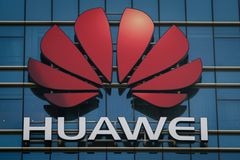 Corners could not be cut with U.S. arrest request of Huawei CFO, Freeland says
December 17, 2018