On Monday, Ontario Superior Court Justice Jane Ferguson ruled in favour of Mohamad Fakih, owner of the Paramount restaurant chain, in his defamation suit against an anti-Muslim pundit who has targeted him online and in-person for years. Awarding Mr. Fakih $2.5-million in damages, Justice Ferguson made clear that there is a difference between merely distasteful and actively hateful speech.

“Violent and threatening expression” aren’t protected by the right to free expression enshrined in Section 2 of the Charter and Rights and Freedoms, Justice Ferguson wrote in her decision. And while suppressing “hate propaganda” might stifle a few voices, “the degree of this limitation is not substantial.”

What’s also important is how hate speech “distorts or limits the robust and free exchange of ideas by silencing the voice of the target group,” she wrote, making it “wholly inimical to the democratic aspirations of the free expression guarantee.”

In other words, muzzling violent hate speech upholds the true spirit of the Charter, which promises every person in Canada the same right to speak without fear. That’s an important line for the justice system to draw, and the size of Mr. Fakih’s settlement shows it’s one to be taken seriously. The issue of how to defend it, though, is far from decided.

The defendant, Kevin Johnston, had broadcast a slew of Islamophobic videos, on occasion encouraging his audience to “buy guns." Those that focus on Mr. Fakih accuse him of funding terrorism and other heinous acts, while advising the Lebanon-born restaurateur to “watch out.”

Mr. Johnston was often openly gleeful about potentially harming the restaurateur’s livelihood, and eventually did: In 2017, a prospective business partner declined to partner with Paramount abroad after seeing videos linking Mr. Fakih to "jihad.” He also once followed Mr. Fakih and his three children around a mall with a video camera.

As Justice Ferguson pointed out, defamation is a civil charge: The Charter actually isn’t applicable in this case since it doesn’t apply to private communication between individuals.

More relevant here would be defences such as “fair comment,” which argues that the statements in question were made in the public interest, which Justice Ferguson said didn’t apply. That defence is overruled by malice, and Mr. Johnston’s was obvious.

Although the Charter wasn’t applicable in this case, Justice Ferguson took pains – and pages – to explain why it wouldn’t protect Mr. Johnston, anyway. That makes the decision a valuable contribution to the global discussion about how to balance the competing rights of freedom from hate speech and freedom to speak hatefully.

One hopes that such a significant award in a case about cyber-libel means the decision might help policy-makers regulate social-media platforms, a particularly pressing issue. As Mr. Fakih’s lawyer Jonathan Lisus said to me, free, fast social media distribution allows “a guy like Mr. Johnston to project himself out there in ways they never could before.”

Justice Ferguson wrote that Mr. Johnston’s culpability lies partly in the money he makes from his videos and speaking engagements. In that case, social-media companies, with their profits in the billions, are also guilty.

On Wednesday, Canada was one of more than a dozen countries and several tech giants that pledged to follow the “Christchurch Calls to Action,” a set of guidelines that aims to prevent odious online speech from translating into real-world violence, while making sure the internet stays free, open and secure.

It’s named, of course, after the New Zealand city where 51 people were killed in mosque attacks in March. One of the Christchurch shootings was livestreamed on Facebook, which committed to the agreement. And both that alleged shooter and the perpetrator of the 2017 Quebec City mosque attacks were radicalized in part by Islamophobic propaganda online, which makes Mr. Johnston’s videos particularly chilling.

Another signatory was YouTube, which must be held to account: the guidelines include studying how algorithms actively feed extremist messages to audiences, a bit of self-reflection the Google-owned video platform has long resisted.

Mr. Johnston has used YouTube often, and by Monday evening he had already uploaded a new video there, insulting Mr. Fakih and saying he that the decision is “BS, and we all know this.” By Tuesday morning, it had more than 3,000 views. By Wednesday, YouTube had terminated the account – but the video remained on Mr. Johnston’s website.

That Canada’s justice system has drawn a line between hate speech and free speech is an absolute relief. Too bad identifying the problem doesn’t make it go away. 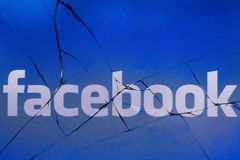 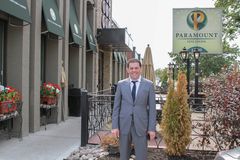