Well, this is awkward.

Two weeks after New York Senator and likely presidential candidate Kirsten Gillibrand provocatively tweeted that the future is “female” and “intersectional,” three white men continue to reign atop the list of rank-and-file favourites for the 2020 Democratic nomination.

It may not mean much at this point that former vice-president Joe Biden, Vermont Senator Bernie Sanders and Texas congressman Beto O’Rourke were chosen as the top 2020 contenders in the latest CNN poll of Democratic voters. With as many as two dozen Democratic politicians preparing to announce their candidacies in early 2019, the 2020 Democratic race remains wide open.

Ms. Gillibrand’s tweet, however, suggests that the battle for the soul of the party is already well under way. It’s not just a debate between moderates and progressives about how to defeat President Donald Trump. It’s an all-out-war led by Democrats on the left to purge the party of its bridge-builders and make identity politics the rallying cry of the 2020 race.

Ms. Gillibrand has shifted sides. She started out as a centrist Democratic congresswoman from upstate New York with an “A” rating from the National Rifle Association until she was appointed by the state’s then-governor to fill Hillary Clinton’s vacant Senate seat in 2008. Now, she is the feminist firebrand who says Bill Clinton should have resigned the presidency after the 1998 Monica Lewinsky scandal and who this year successfully demanded the resignation of Minnesota Democratic senator Al Franken over sexual-misconduct allegations.

Ms. Gillibrand, who has said she will decide with her family over the holidays whether to run for the 2020 Democratic nomination, defended her early December tweet in the face of criticism that it was sexist and divisive.

“This just means, ‘please include the ladies in the future, because they’re not really included today,’” she said on CNN last week.

If you believe her tweet was as innocent as all that, you may also think a house on the Love Canal sounds perfectly charming.

“I don’t get how Gillibrand is trying to position herself,” he wrote on Twitter. “The type of people who respond positively to the term ‘intersectionality’ are the type of people who will think she’s a neo-liberal establishment shill and have 4 or 5 other candidates they like better.”

If you’re unfamiliar with the concept of intersectionality, you obviously haven’t been listening to many progressive politicians lately. The idea that minority women, for example, experience a unique form of oppression that arises from the intersection of racism and sexism is a legitimate one. Whether it should be the defining issue of the 2020 campaign is another matter altogether.

Yet, it seems Ms. Gillibrand is not the only likely Democratic presidential candidate who wants to try to force the issue, joined as she is in that effort by Senators Kamala Harris and Elizabeth Warren. Ms. Harris, the daughter of a Tamil mother and Jamaican father, saw her progressive stock soar after her fearless questioning during Supreme Court Justice Brett Kavanaugh’s confirmation hearings. For her part, Ms. Warren touted a DNA test she took to end doubts – and Mr. Trump’s name-calling – about her Indigenous lineage. The move enraged Native Americans, and Ms. Warren is now scrambling to build a new narrative for her inevitable campaign launch.

Unless Ms. Clinton herself jumps into the race – as unfathomable as it seems, the 2016 Democratic nominee has not ruled out trying again – Ms. Warren seems destined to inherit her mantle as the most polarizing candidate on the list of 2020 contenders. For many progressive Democrats, that makes her the ideal candidate to take on a polarizing President.

Yet, it is Mr. Biden, who will turn 78 only days after the 2020 election, who seems to stand out among Democrats as the perfect Trump thumper. He captured 30 per cent of support in the latest CNN poll, twice as much as Mr. Sanders, the progressive champion who shook up the 2016 race. Mr. Biden, who has working-class credibility and a favourability rating that is off the charts, has the support of plenty of establishment Democrats who once backed Ms. Clinton.

Still, unlike 2016, no one is talking about an inevitable 2020 Democratic nominee. This race is shaping up to be as long and divisive as the 2016 Republican race, which Mr. Trump won despite having perhaps the longest odds, at its outset, of any high-profile candidate in recent memory.

Keep that in mind as the first Democratic candidates bolt out of the gates in January. 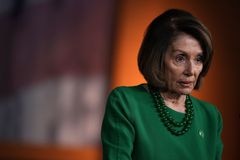 Opinion
A radical with lasting power: Why Bernie Sanders won’t go away
November 30, 2018 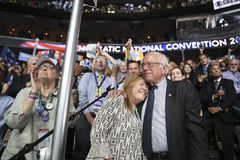 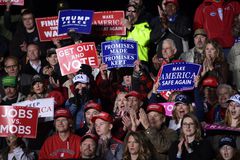