For the ruling Conservative party in the United Kingdom, yesterday was rough. On Thursday, the party lost more than 1,200 council seats in local elections. To make matters worse, the government also now faces very difficult European Parliament elections on May 23 which could potentially be the trigger for a party leadership contest in the second half of 2019 and could bring Theresa May’s premiership to an end.

Some three years after Ms. May entered Downing Street, even many allies now concede she is in the “endgame” of a premiership that has been defined by Brexit. Yet with the failure – at least to date – to deliver a U.K. exit withdrawal deal, many voters punished the party, and also the official Opposition Labour Party, with voters often swinging against whichever of these two was previously strongest in given geographies.

In this sense, the vote turned on its head the results of the 2017 general election to elect MPs to the Westminster Parliament. That ballot saw both main parties winning more than 80 per cent of all votes, their biggest combined share since 1970.

With a distinctive anti-Brexit stance, the Liberal Democrats were the clear winners on Thursday. They had their best night in local elections for a generation picking up more than 600 seats.

Non-Brexit issues were also a factor for voters. When she entered 10 Downing Street in 2016, Ms. May inherited many long-standing, contentious policy decisions ranging from pensions reform and the country’s housing crisis to big multi-billion pound infrastructure and transport issues.

Ms. May has moved forward with a small part of this agenda. However, many key decisions have stalled with the government’s political energy consumed almost entirely by Brexit.

On April 29, the government announced it is postponing the Queen’s Speech outlining legislative priorities over the next one to two years. And this decision has been taken because of the political weakness of the Prime Minister, who wants to focus her remaining time and capital in office trying to get an EU withdrawal deal through Parliament.

With no obvious path to achieving this objective, Ms. May must decide in coming days how best to try to proceed before the European Parliament elections. It is a huge political embarrassment that these ballots look likely to move ahead three years after the 2016 Brexit referendum, and the Conservatives will again perform badly.

With her own withdrawal deal potentially dead, there appear two main immediate options: continuing the current cross-party talks with Labour, or a further round of indicative votes, albeit potentially this time on a preferential knockout basis to try and forge a parliamentary compromise. Neither of these, however, would seem to be appealing to her as she could well be forced to compromise on one of her previous red-lines. This includes the United Kingdom remaining in a customs union with the EU, which would further antagonize much of her Conservative base before the May 23 ballot.

With EU exit issues still dominating government business, it is not just problematic for the Conservatives, but also the country at large, that so many key non-Brexit decisions have been kicked out into the political long grass during Ms. May’s premiership. And, with trust amongst voters in politics already at historic lows, amidst stagnant standards of living for many, this has the potential to further undermine confidence in the democratic process.

For especially after the Brexit vote, which underlined widespread disillusionment with U.K. elites, elected politicians must now show themselves capable of building consensus to overcome more key, long-term policy challenges. Examples include pensions and housing, and also building public confidence in major issues flagged in the referendum, such as migration.

The danger, if not, is that the rise of populist parties, such as the hard-right, anti-Islam UK Independence Party, will pick up steam again with the often half-baked, damaging agendas they champion. Ms. May herself has highlighted this risk in what she has called the “potential failure of centre-ground politics” unless it tackles tough issues, and responds to public concerns to prevent what she called “fringe politics.”

Solving these tough-to-solve, first-order challenges is a significant hurdle that democratic institutions and politicians must do better on. Because if too many first order policy problems fester without resolution, it can even give the perception of a broken process and that democracy itself has failed.

Contrary to what some populist politicians assert, there is no silver-bullet agenda that can fix these challenges overnight. Instead, a long-term, concerted effort is needed to better address these issues through a range of educational, home affairs, economic and other policies.

Collectively, such an agenda can move toward demonstrating more effectively how fair and inclusive democratic politics can help overcome or ameliorate the challenges that many people are experiencing in a world changing quickly in the face of globalization. Failure to do so may only lead to growing support for fringe politics with its often ill-considered, ineffective policy platforms.

Italy emerges as ground zero for wave of far-right populism ahead of EU elections
Subscriber content
May 3, 2019 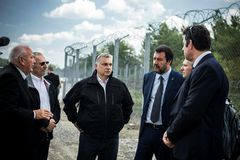 'A plague on both your houses’: Voters bash Britain’s main parties for Brexit chaos
Subscriber content
May 3, 2019 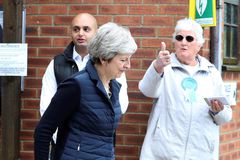 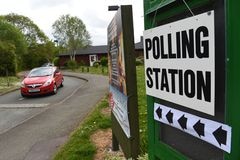