Words such as friend and ally somehow fall short in describing the relationship between Britain and Canada. The ties that bind are so strong, the affinity between us so deep, that I prefer to think of our countries as different branches of the same family.

So it’s natural that in my second week as Foreign Secretary, I should be coming to Canada for my first bilateral visit.

In diplomacy, Britain and Canada co-operate as closely as any two countries in the world. Just look at the array of international organizations where we sit together. Canada is the only country present alongside Britain in NATO, the G7, the G20, the Commonwealth and the Five Eyes intelligence alliance.

When I say that our diplomats work side-by-side, it’s a daily reality for our teams on the front-line across the world. In some countries – Haiti for example – we even share an embassy.

When the British Army assumed the leadership of NATO’s deployment in Estonia, no one would have been surprised to find their Canadian counterparts doing exactly the same job in neighbouring Latvia. After all, we have just commemorated how our two armies landed together on the same Normandy beaches to begin the liberation of Europe, 75 years ago. As the son of a refugee who fled the Nazis, that is particularly precious for me.

Today, our countries defend the same values, promote the same causes and stand together to uphold the rules-based international system.

Among Western foreign ministers, Chrystia Freeland, a former Financial Times bureau chief in Moscow, is uniquely knowledgeable about the realities of the modern Kremlin. When the Russian state used a chemical weapon in our cathedral city of Salisbury last year, Canada offered unflinching support in word and deed, expelling four Russian diplomats and rejecting the accreditation of three more. We prize that solidarity – so thank you.

I am confident that after the U.K. leaves the European Union, we will be able to do even more together. If you read anything about Brexit being evidence of the U.K. turning inwards or walking away from our global role, please don’t buy it. Look at the U.K.’s commitment to overseas aid, our role in countless multilateral organizations, the opening of new U.K. diplomatic missions throughout the world and know that our vision is of a more energetic and active global Britain.

That means raising our international horizons and strengthening our friendships with countries across the world, including Canada. I hope we reach a Brexit deal with our European neighbours. But be in no doubt that Brexit will happen on Oct. 31, whatever the circumstances.

We owe that to the British people, who voted to leave the EU in a referendum in 2016. I supported Brexit, but this goes beyond personal convictions. Politicians must keep their promises to respect the referendum result, and this U.K. government is committed to delivering on that.

On this visit, I hope we can find new ways to strengthen our economic relationship. Over 700 U.K. companies are present in Canada and the total stock of British investment comes to £27-billion ($43-billion). On the other side of the Atlantic, Canadian pension funds have invested over $48-billion in U.K. real estate and infrastructure, including ports and airports. In the last year, total bilateral trade has jumped by over 17 per cent to over $32-billion.

Our countries share a compelling interest in ensuring a smooth transition of our trading arrangements when the U.K. leaves the EU. I hope we can reach a consensus, so that business men and women in both countries have the certainty they need.

Brexit will give Britain new opportunities to work closely with Canada. We can build a new bilateral economic relationship. We can co-operate on reform of the World Trade Organization. We can work together on international sanctions and development assistance, on protecting oceans and defending media freedoms, on tackling threats to democracy and countering gender-based sexual violence – all the many issues where our shared values and joint endeavours are a force for good in the world.

Our aim is to make best use of the new global freedoms that Brexit will bring - and to do so in the closest partnership with Canada. 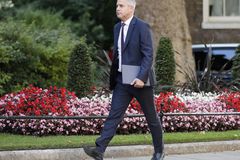 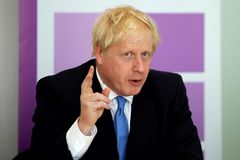 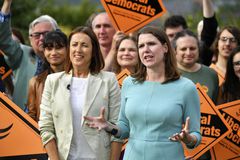