The day after an Islamophobic terrorist attack where a gunman killed at least 50 people at two New Zealand mosques, two Conservative backbenchers finally developed a conscience. After weeks of ignoring calls by Muslim leaders and anti-hate activists to cancel a talk by British far-right lobbyist Caroline Cox, MPs Garnett Genuis and Kelly Block decided that the event should not proceed “as planned.”

In a Twitter statement, Mr. Genuis expressed “respect” for “our friends in the Muslim community” left grieving and afraid after the Christchurch mass shooting attack. He also didn’t completely shut the door on Ms. Cox, who is on the board of the anti-immigrant group Migration Watch.

“Now is not the time for a conversation that could [be] misconstrued to take place on Parliament Hill,” read his statement. Going forward, maybe there will be a more appropriate time to host a woman who has also accepted invitations from murderous Syrian dictator Bashar al-Assad.

One of the many tragedies of Christchurch is that the shooter’s radicalization seems to follow a familiar pattern. It’s clear from his manifesto and the scrawlings on his weapons that he spent time in the bowels of the white supremacist internet. There, he began to lionize the Quebec mosque shooter, and other Islamophobic killers.

In response, there’s been a renewed call for “de-platforming” people who stoke hate for fun and profit. That means kicking them off their channels and stages, whether online or in real life. Those in favour say it’s a crucial way to cut off hatemongers’ access to audiences. Those against de-platforming counter that it stifles freedom of expression. Whether or not it does either depends on if de-platforming even works.

Last year saw a slew of far-right personalities de-platformed on multiple fronts. The most notorious might be Alex Jones, who pushed the anti-Democrat “Pizzagate” conspiracy theory that led to a man shooting an AR-15 rifle into a Washington restaurant. He also concocted a rumour that the Sandy Hook shooting was staged, leading to some families of the kindergartners killed being forced into hiding because of online harassment. By mid-2018, Mr. Jones had been kicked off Facebook, YouTube, iTunes, Spotify, Stitcher, Mailchimp and Pinterest.

Its been argued that de-platforming actually increases hatemongers’ notoriety, getting their names into mainstream publications like this one, and driving the curious to seek them out. So, last August, the tech site Motherboard looked into the effect of social media bans, specifically considering Mr. Jones.

Multiple researchers said yes, the immediate aftermath of a ban does lead to a small spike in popularity. But that initial interest fades. More importantly, it’s far outweighed by the effectiveness of cutting off regular access to huge groups of people.

One group studying de-platforming is Media Matters, which monitors misinformation. “A lot of Jones’s programming is impromptu, where he’s doing emergency broadcasts drunk in his house at 1 a.m.,” president Angelo Carusone told Motherboard. “Without YouTube’s push notifications or algorithms, there’s no way anyone would be watching that.”

De-platforming means losing both opportunities to broadcast garbage, and ways to make money from it. Mr. Jones was also booted by PayPal, and other hateful celebrities are having serious financial problems. One of the men who organized the deadly Unite the Right rally in Charlottesville has filed for bankruptcy; another had his credit card turned down while buying a US$4 drink. Fox News is leaking advertisers fed up with Tucker Carlson and Jeanine Pirro, and Islamophobe Milo Yiannopoulos is now millions in debt.

Patreon, which allows content producers to attract paying subscribers, has also refused to work with far-right personalities. Its ban list includes Canadian Lauren Southern, who was detained for shooting flares at migrant boats trying to dock in Italy, has been refused entry into Britain and had a talk cancelled in her hometown of Vancouver last week.

In its 2017 letter to Ms. Southern about closing her account, Patreon cited opposition to her “raising funds in order to take part in activities that are likely to cause loss of life.” When balancing freedom from hate with allowing free speech, that seems like a reasonable line. It’s probably one that governments, not businesses, should draw – Public Safety Canada is currently studying online radicalization, and hopefully new policy ideas for coping with hate speech will come out of it.

De-platforming isn’t the full solution to countering hatred: at this point the volume of video being uploaded is so huge that experts say it’s impossible to erase the Christchurch video from the web entirely. Given the size of the problem, though, it’s a tool to be used in terrifying times like these. 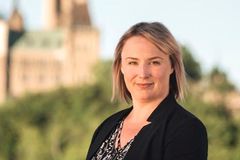 Opinion
The Christchurch massacre did not happen in a vacuum
March 15, 2019 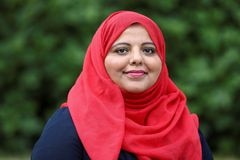 Opinion
Christchurch attack: No one should be this afraid to practise their faith
March 15, 2019 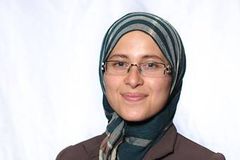