Whatever one might think about Donald Trump, the man certainly knows how to stage a photo-op. The handshake with North Korea’s Kim Jong-un at the demilitarized zone (DMZ) on Sunday was certainly that, and it ranks with their initial meeting in Singapore in terms of pure spectacle.

The meeting allowed Mr. Trump to burnish his image as a diplomatic contrarian and do what none of his predecessors had done: take a few steps into North Korea. This third meeting with a U.S. President, meanwhile, enhanced Mr. Kim’s status and legitimacy, especially as he had lost face after he travelled 70 hours in a train to February’s Hanoi Summit and got nothing in return.

Mr. Trump said the two leaders had “moved mountains” to make the meeting happen, but the diplomatic bromance between the two leaders has progressed in inverse relation to progress on the ultimate goals of the negotiations themselves – namely, the denuclearization of North Korea for Washington, and an easing of U.S. sanctions for Pyongyang. The leaders’ blossoming goodwill to each other has not been extended to their officials, who remain critical of each other. And now, it’s clear that the spectacle has become an end in itself.

The law of diminishing returns has set in, together with a lowering of expectations and less time to organize the meetings, meaning less preparatory work being done in advance. At the Singapore Summit in June, 2018, there were expectations for substantive discussions and there was agreement on a declaration, but the vague generalities of that declaration – particularly the ambiguity about the meaning of denuclearization – quickly led to an impasse. Moreover, North Korea continued to enhance its nuclear capacity in the interim.

The culmination of that process was the Hanoi Summit, for which there was even less preparation. Each leader thought that he could win concessions from the other that their respective officials were unwilling to give, but that proved to be a mistaken assumption; despite expectations, the Hanoi Summit collapsed without any agreement. Since then, there have been no substantive discussions and little contact between the two sides.

This weekend’s hastily arranged “meet and greet” at the DMZ – again, with little or no preparatory work – was followed by an hour-long discussion, which is hardly enough time to address, let alone resolve, any issues. Unlike the previous meetings, Mr. Trump dampened expectations in advance by saying that he would be satisfied with a handshake, even if he sought to bill it as historic; this meeting was not called a summit, and an agreed statement at its conclusion was never in the offing. The only result of the meeting was that the two sides agreed to resume negotiations.

To avoid another non-substantive summit, negotiators need to try to agree on a definition of denuclearization and attempt to find some common ground between U.S. insistence on complete, verifiable, irreversible denuclearization of North Korea before any easing of sanctions and North Korea’s demand that sanctions be eased in return for some reduction of its nuclear capacity.

There is a window of opportunity for negotiations, but it will close after 2019, when the pressures of the U.S. election calendar will rearrange the White House’s priorities.

But simply put, the leaders’ track record to date has not been promising. The meetings in Singapore, Hanoi and the DMZ have been substitutes for progress in negotiations. Most experts, including U.S. intelligence agencies, do not believe that North Korea will relinquish all of its nuclear arsenal. And so, without a shift in the U.S. position, negotiations between officials are likely to hit a wall again. Mr. Kim believes that any such shift would occur during a meeting with Mr. Trump rather than with negotiators, but three meetings later, no true progress has been made on that front.

There is almost certain to be another summit, and it’s likely that spectacle will continue to substitute for substance. Like a reality show, the novelty of these meetings wears off after the initial impact, and the setting needs to be hyped in order to retain interest – hence this DMZ backdrop, to differentiate this one from those in Singapore and Hanoi.

What next? Mr. Trump did say that he would invite Mr. Kim to visit the White House – so stay tuned, apparently, to the show. 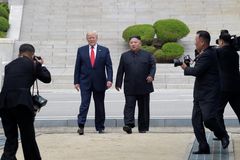 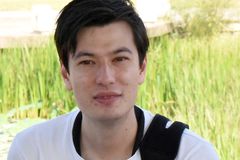 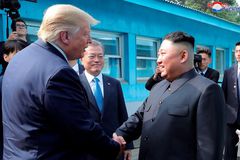