John Kirton and Brittaney Warren
Contributed to The Globe and Mail
Published May 30, 2018 Updated May 31, 2018

John Kirton is the Director of the G7 Research Group at the Munk School of Global Affairs, at the University of Toronto. Brittaney Warren is the group’s Director of Compliance Research and Lead Researcher for Climate Change and Environment.

On June 8 and 9, Prime Minister Justin Trudeau will host leaders of the world’s most powerful democracies for the annual Group of Seven (G7) summit.

Held in the Charlevoix region of Quebec, the summit will take place amidst growing populism, protectionism, provincialism and urgent global threats led by the use of chemical weapons in Syria, North Korean nuclear and missile proliferation, Russian attacks and relentless climate change.

Mr. Trudeau has fixed a range of goals ahead of the international meeting. These span creating growth which works for everyone; preparing for jobs of the future; advancing gender equality; and co-operation on climate change and the environment. The fifth priority, building a more peaceful and secure world, addresses the use of chemical weapons in Europe and Syria; nuclear and missile proliferation in North Korea; regional security risks in Ukraine, the Baltic states, the Middle East, North Africa, Venezuela and Asia; terrorism; crime and corruption; and violations of democracy and human rights.

Ahead of the international meeting, speculation is growing on whether Donald Trump will be tamed. Mr. Trudeau and other G7 leaders, led by Mr. Macron, have been working hard to cultivate a positive relationship with the far-right, populist and protectionist U.S. President. This could pay off at Charlevoix, where Mr. Trudeau’s priorities of economic growth and jobs are shared by Donald Trump and his electoral base. However, on trade and climate change, it will be harder to avoid a situation of G6 versus one.

Another key topic is inequality, which the most recent Bertelsmann Stiftung’s Sustainable Governance Indicators (SGI) report says has increased in Canada. This would suggest that the world’s citizens have legitimate reason to protest their economic hardships and demand better inclusion. This has made many people vulnerable to the rapid spread of misinformation online. Additional fears incited by non-state terrorist actors, including those built on religious and misogynistic ideologies, compounds insecurities and shines a spotlight on the powerful narrative of the other.

This trend threatens the G7’s first foundational mission of promoting democratic values. The world’s most powerful nations need to stand united in providing a strong counternarrative to divisive voices, as well as to mobilize sufficient resources to create a more equal world.

These values include the distinctive Canadian ones of multiculturalism, openness and multilateralism. Yet Mr. Trudeau himself faces challenges at home. While voters have praised him for his restraint in dealing with Mr. Trump, in his promotion of diversity and immigration, in his embrace of feminism and gender equality, and in his support for the Paris Agreement on climate change, Mr. Trudeau’s popularity has sunk since his 2015 election to a now narrow lead. Thus as the federal election in 2019 looms, he must produce a successful summit that will boost his political prospects at home and reassure the world’s citizens that the G7 is itself undivided in a divided world.

At the summit itself, Mr. Trudeau’s greatest challenge will be mainstreaming gender throughout the G7 agenda and making Canadians and others recognize the step forward.

Despite these challenges Canada will probably steer the summit to significant success, although it is likely to extend its long-standing focus on security topics. The summit is set to produce historic support for military force against Syria’s use of chemical weapons; more unified, effective, punitive and deterrent action against Russia through stronger sanctions, cybersecurity and support for Ukraine; and new moves against terrorism and nuclear and missile proliferation. Additionally, Charlevoix will be the G7’s and world’s first genuine gender equality summit, via the innovation of linking gender to issues of economic growth, society and sustainability.

Other probable developments include fostering co-operation on trade and investment and ecological protection against plastics and coastal pollution, as well as addressing climate change and overfishing, and supporting resilient communities and clean energy.

Such success will be enhanced by Charlevoix’s isolated setting, the experience of its participants, the likeability of Mr. Trudeau, and Mr. Trump’s love of striking high-profile deals. 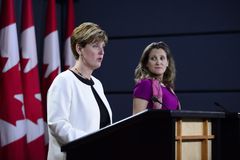 Officials confront questions about the G7’s future as Quebec summit looms
May 13, 2018 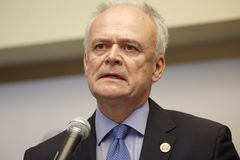 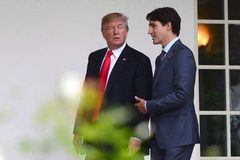