Crash investigations are a complex affair. When a plane goes down, investigators normally spring into action. Some of these individuals work for the company that built the jet, some for the country where the jet was registered and others for the airline itself. All, however, are looking for clues about what caused the crash and what must be done to prevent another one. They do this with rigour and with attention to detail, because what we can learn from an aviation disaster should make the skies safer.

That, however, is not what will happen with the tragic plane crash on Wednesday that killed 176 people, including 63 Canadians. The jet – operated by Ukraine International Airlines – had left Tehran for what should have been a four-hour flight to Kyiv. It ended up only taking a few minutes. Air traffic controllers lost contact with the jet shortly after takeoff, and the plane’s wreckage was later found on the outskirts of Tehran. Prime Minister Justin Trudeau said he was “shocked and saddened” by the news and pledged to work with Canada’s partners to “ensure that this crash is thoroughly investigated and that Canadians’ questions are answered.”

The Ukrainian plane crash in Iran: What we know so far about the victims and how it happened

Mr. Trudeau’s comments allude to an uncomfortable reality – the crash occurred in a politically charged part of the world at a time of heightened tension. Late Tuesday, Iran had attacked Iraqi bases playing host to U.S. soldiers in retaliation for the killing of one of its top generals. Hours later, amid a war of words (and tweets) between Washington and Tehran, the air crash occurred.

What crash investigators should do, when they should do it and how is laid out in painstaking detail in an international agreement called Annex 13 of the Convention on International Civil Aviation. 193 countries are signatories to this co-operative agreement, including Iran. This agreement embodies a simple yet important principle: Public safety always supersedes national ideology. And rightly so. The value of human lives should never be sidelined for political gain.

Yet, for all the talk of international co-operation, responsibility for a crash investigation ultimately rests with the country where the crash occurred – in this case, Iran. And that’s something Iran isn’t likely to give up. The country’s air safety head, Ali Abedzadeh, citing international rules and norms, has stated that the airplane’s black boxes would be analyzed in Iran and that his agency says it will not co-operate or share information with Boeing (who built the airplane) nor U.S. authorities (which provide technical oversight of Boeing’s policies and procedures).

The move may seem petty. Commercial aviation drives economic growth, connecting people, cultures and places. Consequently, it behooves countries – regardless of their ideology or current events – to come together and analyze air accidents so the next one can be prevented. Anything less does a disservice to those who lost their lives, their loved ones and society at large.

Put simply, safety should come before politics. But that's not always the case.

Case in point: The 2015 disappearance of a Malaysia Airlines jet. The Boeing 777 – which was carrying 239 passengers and crew – left Kuala Lumpur for Beijing in the early hours of the morning. However, it disappeared shortly after takeoff and was never heard from again. Civilian radar shows the airplane disappearing somewhere over the South China Sea. That’s an area where military defenses are – owing to regional tensions - high. If something is flying around that shouldn’t be, someone in the chain of command knows about it. And they did. Regional military brass later admitted their systems were tracking the civilian airliner. So why remain tight-lipped? Because you can’t let your regional neighbours know too much about what you can (and cannot) do.

The Boeing 737 Max saga is yet another example of how politics undermines safety. In the aftermath of two crashes that killed 346 people, the Trump Administration resisted calls to ground the airplane. At the time, administration officials cited insufficient evidence as their reason. But Boeing is also one of America’s largest employers. The Chicago-based aerospace giant employs more than 135,000 workers, and more than 900 companies support the Max program alone. That matters to a President who often touts his job-creation prowess.

None of this justifies leaving Boeing and U.S safety agencies out of this week’s air-crash investigation. The skill, expertise and professionalism of these organizations have undoubtedly made flying safer. Leaving them out of the investigation process not only defies comprehension but also threatens global air safety.

But Iran isn’t the first country to politicize air safety, and it won’t be the last. 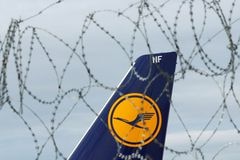 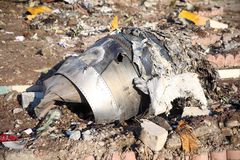 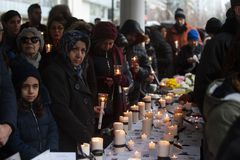