Max Fawcett is a freelance writer and the former editor of Alberta Oil magazine and Vancouver magazine.

Like a lot of Albertans, UCP Leader Jason Kenney is tired of watching the energy sector get boxed in and beaten up by its opponents. But unlike most of them, he might actually get to do something about that.

Last Friday, he announced that, if elected Premier on April 16, his government will create a “war room” staffed by public servants and backed by $30-million in provincial funding. Mr. Kenney’s war room, which is a key part of the United Conservative Party’s “Fight Back Strategy,” would be responsible for pushing back against what he calls “the lies and myths” that have been circulated about both the oil sands and the proposed pipeline projects that would carry crude to market.

Ironically, though, his war room would be underpinned by a myth of its own: that pushing back will actually get the industry and its pipeline projects moving forward. If anything, it might set both of them back.

The temptation to seek some conflict – or, perhaps, retribution – on the part of those who have a material interest in the energy sector’s future is, in a way, understandable. They’ve had to watch the companies trying to build pipelines stumble from defeat to defeat over the last few years, whether at the hands of environmental groups, Indigenous communities or Canadian and U.S. courts. But Mr. Kenney’s war room will never win the kind of victories they want to see. That’s because when it comes to political communications, the side that defines an issue first almost always wins, and the anti-oil-sands campaigns have been defining this issue for the better part of a decade. There just aren’t enough government-funded fact sheets in the world that can change that.

More to the point, the oil-and-gas industry’s problem here isn’t a shortage of facts or an inability to share them. If anything, it may be that it relies on them too heavily. I discovered this when I became the editor of Alberta Oil magazine back in 2014 and tried – without much success, I’ll admit – to champion the role of softer skills in helping the industry overcome its market-access problems. After all, its ranks are swollen with engineers, geologists and accountants, all people who trade in facts on a daily basis. But it has far fewer who know how to tell a good story. And that’s what the industry still needs, now more than ever.

A war room won’t help tell that story. If anything, it will make the telling more difficult, as attacks on environmental organizations and Indigenous opponents will harden hearts in many of the places where they need to be opened. We saw this back in 2012, when then-natural resources minister Joe Oliver launched a campaign against what he described in The Wall Street Journal as “environmentalists and other radical groups [who] threaten to hijack our regulatory system to achieve their radical ideological agenda.” These sorts of attacks didn’t help his government get Northern Gateway built, and they turned portions of the public against a project they’d never even had reason to think about before. It’s hard to see how they’ll help Mr. Kenney if he forms a government of his own.

Worse, he has promised to deprive the war room of the one piece of ammunition it could actually use effectively: Alberta’s Climate Leadership Plan. Rachel Notley’s government has made important progress on remediating Alberta’s international reputation, moving it away from that of a purveyor of environmentally dubious oil and toward that of a climate leader. It has invested hundreds of millions of dollars in helping energy companies use technology to reduce their emissions, along with a host of other climate-friendly energy initiatives. But by cancelling Alberta’s carbon levy, as he’s pledged to do, and defunding many of the programs it currently supports, Mr. Kenney would put an end to that progress.

He would also make it much harder to tell the kind of story that Alberta needs people in other parts of the country and the world to hear. Yes, there are people in Alberta’s energy sector who would be thrilled by the idea of their provincial government adopting a more aggressive posture. But preaching to the choir is no way to grow the size of your congregation, much less win new converts to it.

Jason Kenney, more than anyone else in Alberta politics today, should understand that. 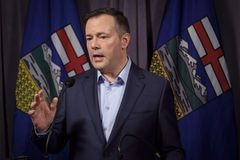 Opinion
Conservative lies about the carbon tax need to be called out Subscriber content
April 4, 2019 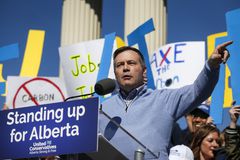 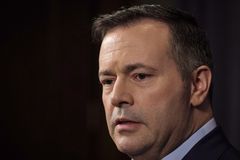