For a political movement that claims to be business oriented, Jason Kenney’s United Conservative Party seems to have quite a tenuous grasp on even the most basic elements of labour relations and contract law.

The party also revealed itself to be woefully ignorant of history.

The UCP government adopted two omnibus bills loaded with anti-union rhetoric that, among other things, gives it the unilateral power to rip up the contract with Alberta’s doctors, along with the ability to deny a licence to any new doctor that refuses to practise in a rural or remote area of the province.

Christine Molnar, president of the Alberta Medical Association, rightly called the moves “cynical,” “heavy handed” and a “violation of the sanctity of contracts.”

She could very well have added that history tells us the chest-thumping ways will end badly.

Back in 2002, the Liberal government of British Columbia adopted legislation that invalidated an arbitration ruling that granted doctors in that province a 20-per-cent increase in fees.

In response, doctors sued and gradually withdrew services, which infuriated the public – but their wrath was directed at government, not doctors.

Long story short, the government returned to the bargaining table with its tail between its legs and granted doctors increases even larger than the arbitration award and, in addition, agreed to a form of binding arbitration.

More recently, Ontario’s doctors engaged in a long battle with the Liberal government about a series of unilateral cuts in fees and then signed a deal that restored most of those cuts, but left a legacy of bitterness (although, much to their chagrin, no binding arbitration).

The other measure that Alberta has embraced, effective 2022, is withholding billing numbers from new physicians unless they agree to practise in underserved areas. That has been tried in New Brunswick, Nova Scotia and Quebec, and failed miserably in every instance.

The underlying issues that the Alberta government is trying to tackle – the soaring cost of physician services and the lack of access to doctors outside urban centres – are important and legitimate ones.

The province’s Finance Minister Travis Toews tried to justify the draconian measures by saying the master agreement is difficult to amend.

He’s right about that. Physician contracts in this country are monstrosities of complexity.

You would need about a week of non-stop reading to get through the master agreement between Alberta Health Services and the Alberta Medical Association.

The schedule of medical benefits alone – outlining what fee-for-service physicians can bill – is a hefty 770 pages long, and there are another 325 pages of billing rates for procedures, not to mention a half-dozen other agreements that set out how physicians with alternative relationship plans are paid.

Those numbers have been rising inexorably, largely because the number of doctors is increasing steadily.

Whether that is justified or not – is there a doctor shortage, or simply a maldistribution problem? – no one can say, because there is no coherent health human-resources strategy in any province, let alone nationally.

While most physicians are, technically, independent contractors, almost all of their income comes from government.

That means that, like it or not, where they practise can be restricted.

But if you want doctors in rural and remote areas, carrots work a lot better than sticks. Some provinces pay bonuses to those who practise outside big cities, but money is not the sole solution.

As Chris Simpson, former president of the Canadian Medical Association astutely said: “There is a reason why docs tend to avoid under-resourced areas. It’s because they’re under resourced.”

Nobody wants to work 24/7, no matter how much they are paid. And no patient should want a doctor who is practising in their town by default, because those docs will simply bide their time until they can find work elsewhere. (Other provinces are already licking their lips at the prospect of wooing away disgruntled Alberta docs.)

The bottom line for governments, in Alberta and elsewhere, is that if you don’t like the contracts you have signed with doctors, then negotiate new ones, no matter how hard it is.

Threatening to tear up contracts is not negotiating and it’s not governing. It’s tyranny. 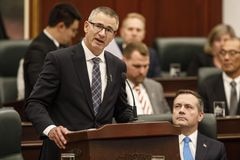 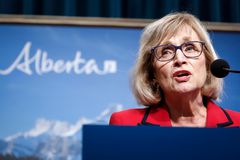