Quebec’s recent announcement that it will trial test a helicopter ambulance service to transport trauma patients in rural areas to expert surgical care in Montreal and Quebec City has been met with enthusiasm. But anyone working in Canada’s air-ambulance network knows a few new aircraft won’t fix deep flaws in the system.

Canada’s health-care system is ranked among the best in the world. But accessing our premier hospitals can be alarmingly difficult with our vast geography – so difficult, people die because they can’t get to the care they need in time.

Urban dwellers may be surprised to hear that getting the care you need when you need it can be a challenge for the 18 per cent of Canadians who live in rural areas. They might be even more surprised to hear that the network of helicopters, planes and ambulances spread from coast-to-coast-to-coast isn’t only disjointed; it’s patchwork funding often leaves patients on the hook for tens of thousands of dollars.

While the Canada Health Act guarantees portability, universality and accessibility, it lacks language that forces provinces and territories to cover the costs associated with these principles, a gap that allows governments to charge Canadians directly for flights to critical services.

No one knows this better than Amy Savill. In 2016, the Alberta woman was visiting Timmins, Ont., when she went into labour prematurely. The hospital in Timmins wasn’t capable of caring for premature babies, so she was flown to Sudbury, Ont. by a government-funded helicopter – then she got a bill for $30,000.

Ornge, the air-ambulance provider for Ontario, offers free flights to those with an Ontario Health Insurance Plan (OHIP) number – not because the Canada Health Act says it has to, but because the Ministry of Health chooses to fund it. But if you don’t have an OHIP number, even if you’re Canadian, you’re out of luck – and out of pocket.

It’s the same in other provinces – British Columbia charges $2,746 an hour for those without a B.C. health card, and Nova Scotia also charges out-of-province Canadians. Prince Edward Island will charge non-island residents, even when emergency services not available in Charlottetown are needed immediately. Alberta, whose helicopter service, STARS, is a charitable, non-profit organization, doesn’t charge out-of-province Canadians, but government-run fixed-wing planes will come with a hefty bill.

Ornge tried to reverse its odd arrangement and stopped billing out-of-province Canadians in 2017. But the ministry strong-armed a reversal and the billings resumed, netting more than $500,000 into provincial coffers.

By the letter of the law, that’s allowable. In the case of Ms. Savill, technically, it’s Alberta, her home province, that’s on the hook for her bill. But reciprocal agreements between the provinces are often lacking, so patients are billed directly. Ontario’s Ministry of Health’s website warns its residents that if an air ambulance is needed outside the province, it won’t be of any help.

To be sure, emergency transport isn’t cheap – helicopters cost upward of $8,000 an hour to operate – but in an era in which small hospitals are being downsized and specialized services centralized, transport is an essential element of Canada’s health-care system. Further, many provinces – PEI and New Brunswick, for instance – depend on services in neighbouring provinces to serve their residents.

One exemplar worth noting is a recent agreement between the Ontario and Manitoba governments that sees patients in Northern Ontario flown to nearby Winnipeg – and back again – for emergency care, rather than endure long hauls to southern Ontario.

But outside of small and specific customs, the spirit of the Canada Health Act is being flouted in every province. (I won’t even get into the state of affairs in the Territories, where airplanes are relied upon the most to connect people to the care they need.)

If the provinces can’t get their act together and work to ensure all Canadians – regardless of where they live or where they visit – won’t be on the hook for flights to access precious emergency care, the federal government must move to amend the Canada Health Act, which states the government must “facilitate reasonable access to health services without financial or other barriers,” or federalize air ambulance services to ensure seamless billing practices. Otherwise, many Canadians will find lifesaving treatments will remain as out of reach as the clouds in the sky. 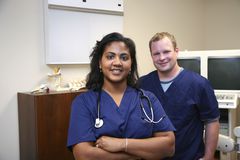 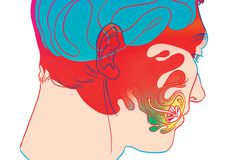 Opinion
Why are fax machines still the norm in 21st-century health care?
June 11, 2018 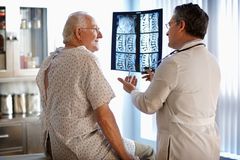